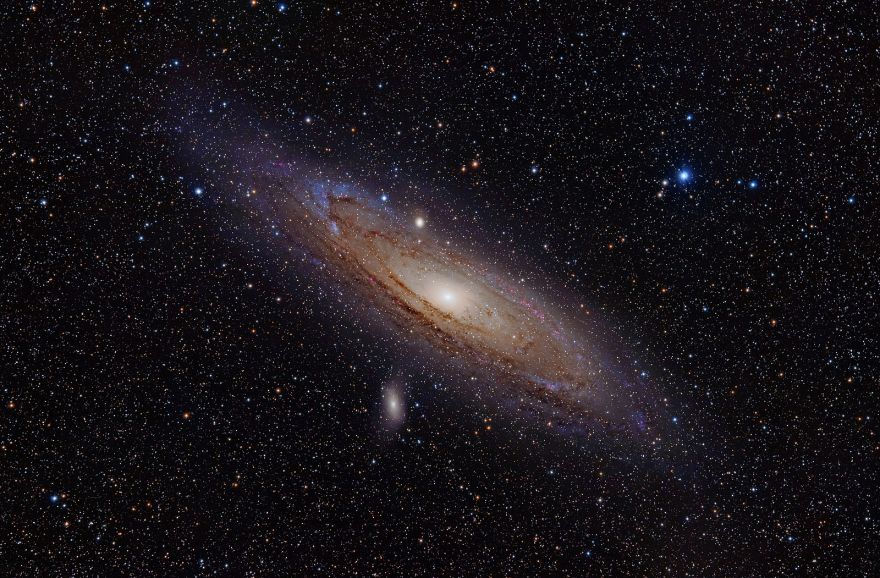 It is said that in about four billion years, the Andromeda Galaxy will collide with a neighboring galaxy, which is none other than our Milky Way Galaxy, and the phenomenon will cause a makeover in this part of the universe. But it seems that this wasn’t an accurate calculation.

Earlier this week, researchers working on a sky-mapping project called AMIGA reported that the early stages of the Andromeda-Milky Way collision will happen long before the main event. You don’t have to wait 4 billion years to watch a galaxy smash-up. With a little vision enhancement, you can sense it happening right now… because the Andromeda-Milky Way collision has already begun.

But why did this happen way way earlier than expected?

The reason the collision is happening a few billion years ahead of schedule is that the Andromeda Galaxy is much bigger than it appears. The galaxy’s bright, starry disk is about 120,000 light years in diameter, making it slightly larger than the Milky Way. In recent years, deep studies of Andromeda using the giant Keck telescopes in Hawaii revealed an extended population of stars that stretched the galaxy’s total diameter to about 200,000 light years. That’s nothing compared to what the latest study shows, however.

Nicolas Lehner of the University of Notre Dame and his colleagues determined that Andromeda’s halo — its outer envelope of extremely thin, hot gas, kind of like a galactic atmosphere — keeps going up to 2 million light years away from its center.

More details about this surprising news over at Discover Magazine.