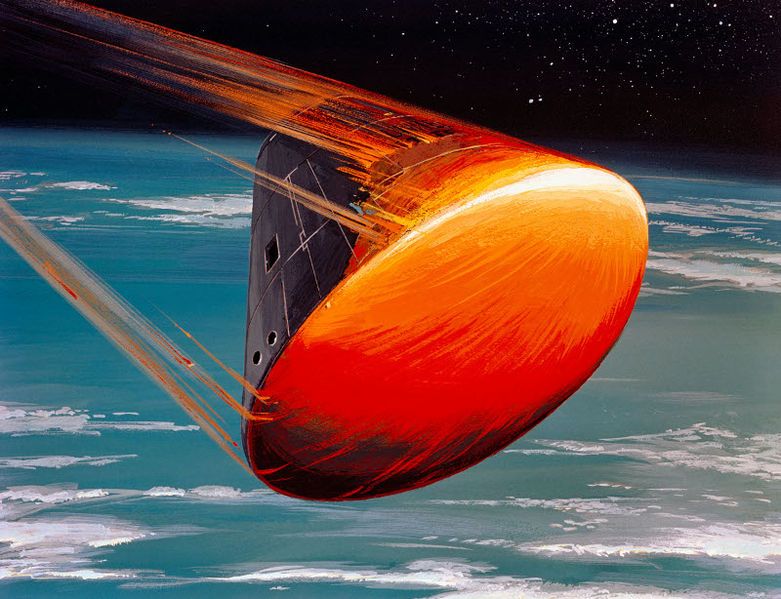 Apollo 11 was undoubtedly a success and its contributions have paved the way for more crewed space missions to be launched. However, there was one thing that the Apollo 11 team missed which could have led to an untimely demise. Only when they returned to Earth did they realize it.

To quote from Nancy Atkinson’s book, pilot Frank A. Brown, flying about 450 miles (725 km) away from the re-entry point, reported the following:

I see the two of them, one above the other. One is the Command Module; the other is the Service Module. . . . I see the trail behind them — what a spectacle! You can see the bits flying off. Notice that the top one is almost unchanged while the bottom one is shattering into pieces. That is the disintegrating Service Module.

Fortunately for everyone, none of the debris resulting from the Service Module’s re-entry impacted the Command Module, and the astronauts all arrived safely back on Earth.

Different from how it should have gone, the Service Module should have thrusted away from the Command Module upon re-entry so as to shift its trajectory and avoid collision with the latter. However, it didn’t happen that way. Despite that minor mishap, thankfully it didn’t lead to a major disaster since none of the debris from the Service Module hit the Command Module.

However, upon investigation, they found that the same thing happened in previous missions Apollo 8 and Apollo 10. So to prevent any big disaster from happening in the future, they changed the procedure for the separation of the two spacecrafts.

Rating The Apollo 11 Mistake That Could Have Killed The Astronauts is 5.0 / 5 Votes: 2
Please wait...
Loading...
Related articles