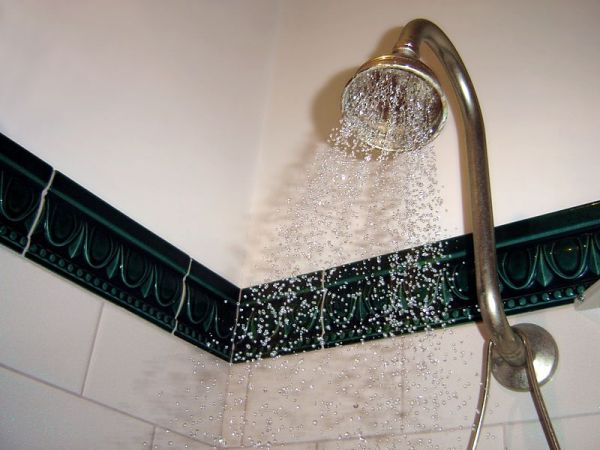 Almost all water has microbes living in it, and the vast majority of them are harmless. But under optimal circumstances, they can built up enormously, leaving behind biofilm (gunk) and evolving in all sorts of ways. Recently, there have been outbreaks of illness caused by mycobacteria, which is most dangerous for people who are weak or immunosuppressed. This could be happening because the way we get water is changing. Once, it was enough to draw clean water from underground aquifers, which needed little or no treatment. But we’ve overused the aquifers and now rely more on lakes and rivers for water, which require treatment.

Human ingenuity relies heavily on biocides. In the United States, all municipal (city) water is now treated with biocides at treatment plants. In addition, it is typically treated with extra biocide as it is leaving the treatment plant because the pipes in American water systems tend to be old, causing water to leak, stagnate, and become a breeding ground for pathogens. Even after disinfection with biocides, the water leaving treatment plants is not sterile. Instead, it is water in which the most susceptible species have been killed and the toughest species have survived, alongside the dead bodies of the susceptible species and the food those susceptible species were eating.

If ecologists have learned anything in the past hundred years, it is that when you kill species but leave the resources upon which they feed, the tough species not only survive but thrive in the vacuum created by the death of their competition. In the case of water systems, we would predict the species that thrive to be those that are resistant to or even just slightly more tolerant of chlorine or chloramine. Mycobacterial species tend to be very tolerant of chlorine and chloramine.

That part will remind you of the overuse of antibiotics, which encourage the evolution of highly-resistant strains of pathogens. The state of the US water system, from water sources to treatment plants to old pipes to your shower, is a breeding ground for ever-hardier microbes. Read how all this fits together at The Atlantic.