Umpire George Sosnak was good at his chosen profession but he was better as a folk artist, chronicling the history of the sport by inking highly detailed drawings and text onto baseballs. 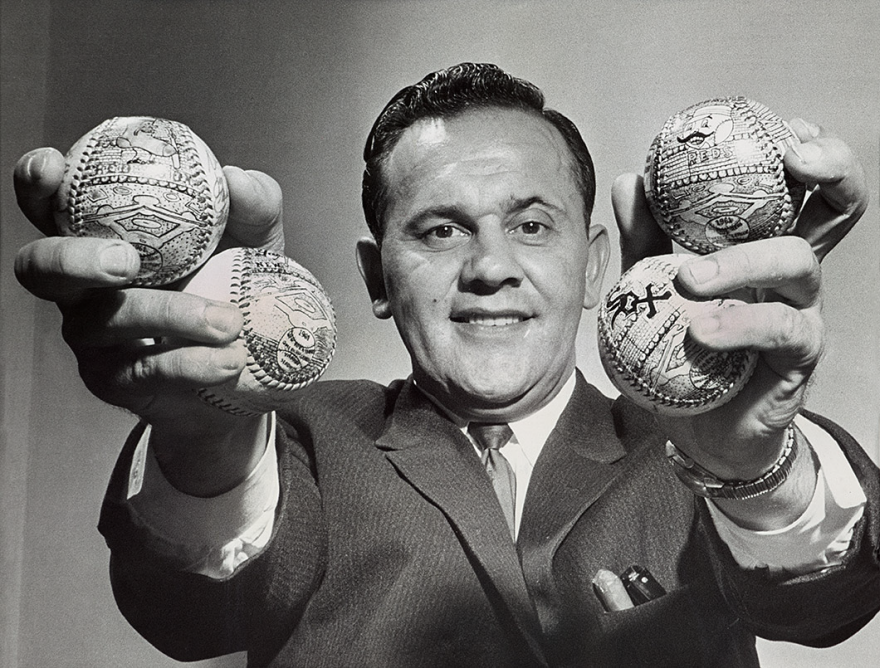 Baseball people knew and valued his art during his lifetime and it has become highly sought by collectors since his death in 1992.

Sosnak first used a baseball as a canvas for art in 1956, when a fan who knew he was an amateur painter asked him to paint her favorite player on a baseball. He gave her that ball and went on to produce 800 more such works in the next 36 years, selling some and giving others away as gifts.

His style drew heavily from the baseball cards of the day, which in the pre-internet world of the 1950s and 1960s is where stats for individual players were most easily found.

His works were a mixture of drawings and text, and frequently included baseball statistics and descriptions of players and games. In some cases he started with a ball that had been autographed by a player and then drew and lettered around it.

Sosnak covered the entirety of baseball, creating drawings of famous players and legendary games as well as more whimsical moments in the sport. He spawned many imitators but none have equalled his body of work.

The Chrysler Museum of Art in Norfolk, Virginia is currently exhibiting 45 Sosnak works in “Having a Ball: George Sosnak’s Striking Portraits from American’s Pastime”. The exhibition runs through August 27, 2017.