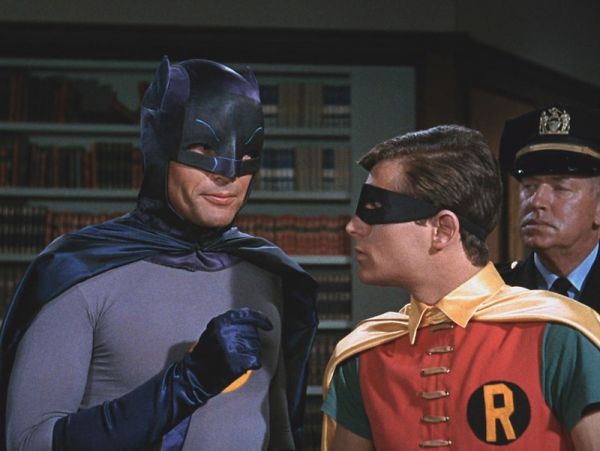 Science says that having an alter ego, a different persona than the one you inhabit every day, can boost confidence and reduce anxiety. I can attest to that, as I used a stage name on radio and another on the internet. Batman probably got a lot of courage in hiding behind a batsuit. And others have tried that method of overcoming stage fright.

Beyoncé’s was the assertive and empowered ‘Sasha Fierce’, who allowed her to perform with extra self-confidence and sensuality. “Usually when I hear the chords, when I put on my stilettos, like the moment right before when you’re nervous… then Sasha Fierce appears, and my posture and the way I speak and everything is different,” she told Oprah Winfrey in 2008. It was a strategy that she continued to use until 2010, when she felt she had matured enough to avoid the psychological crutch.

Inspired by an emotional meeting with Beyoncé herself, Adele followed suit, telling Rolling Stone magazine in 2011 about her creation of ‘Sasha Carter’. The persona was a combination of Beyoncé’s Sasha Fierce persona and the (real) country music star June Carter. Adele said the strategy helped her give her best to every performance during her breakout year.

Although the embodiment of a fictional persona may seem like a gimmick for pop stars, new research suggests there may be some real psychological benefits to the strategy. Adopting an alter ego is an extreme form of ‘self-distancing’, which involves taking a step back from our immediate feelings to allow us to view a situation more dispassionately.

“Self-distancing gives us a little bit of extra space to think rationally about the situation,” says Rachel White, assistant professor of psychology at Hamilton College in New York State. It allows us to rein in undesirable feelings like anxiety, increases our perseverance on challenging tasks, and boosts our self-control.

Of course, that confidence isn’t always used for good, as any internet comment section reader can tell you. Read about the experiments that led scientists to these conclusions at BBC.  -via Damn Interesting

(Image source: Shed On The Moon)