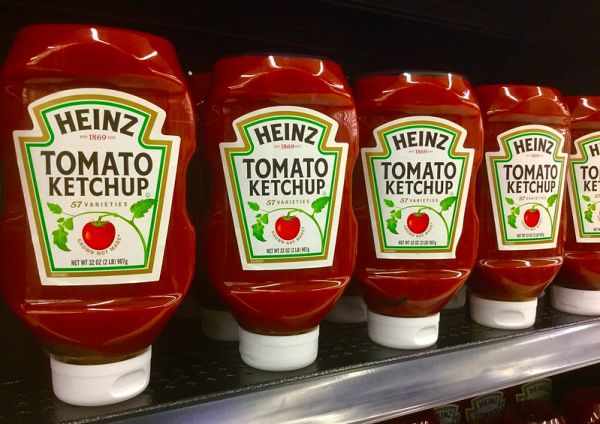 The history of ketchup, or catsup, goes way back. The condiment was made with fermented fish, or mushrooms, or bananas, or whatever was locally available for cooks to turn into a sauce to liven up other foods. In America, the main ingredient was tomatoes. But early ketchup recipes called for fermented tomatoes to make the sauce last longer. After the Civil war, commercial food companies started mass-producing tomato ketchup. It was usually made from the parts of tomatoes that were left over after other products were made. Then the buying public started turning away from the flavor of fermented tomatoes, so companies began using new food preservatives to make ketchup shelf stable, particularly benzoates.

Dr. Harvey Wiley of the Department of Agriculture led a campaign against chemical preservatives in food, and particularly hated benzoates. He couldn’t get them outlawed, but Wiley convinced Henry Heinz that they needed to go. Yes, that Heinz. Heinz worked diligently to come up with a recipe for ketchup that didn’t require fermentation and didn’t contain chemical preservatives. Read how he did it, and why tomato ketchup using his recipe became the only ketchup most of us know, at Atlas Obscura.