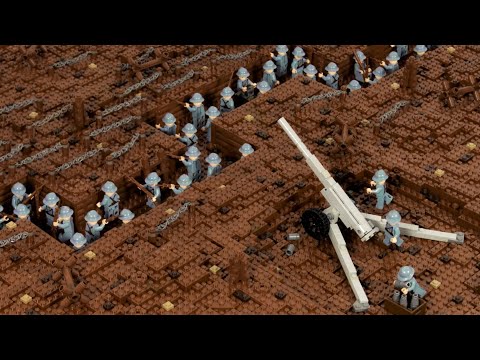 Jordan Durrenberger brings us a brutally epic LEGO stop-motion animation illustrating the Battle of Verdun. That battle between the French and the Germans lasted for almost ten months in 1916, and was the longest of World War I, leaving the two nations with more than 300,000 soldiers dead and even more injured. The LEGO fight is about 6:40 long, then we get a short lesson about the historical battle. The animation is spectacular in its scope and action, from the opening artillery shelling to the hand-to-hand combat in the trenches. While the fight itself is a horror, the stop-motion recreation is a masterpiece, with as much detailed accuracy as is possible with LEGO minifigs. -via Boing Boing

The Three Stooges vs. The Hulk