Nearly every German family in every German town contributed something to the two World Wars. For many, it was their men. For others, it was precious metal.

“I gave gold for iron” became the slogan of the collection campaign launched in 1914, in which the Germans were asked to donate materials essential to the war effort. The slogan has its origins in the War of the Sixth Coalition fought by the Kingdom of Prussia and its allies, in 1813-14, to achieve liberation of Germany from French occupation. During the war, Princess Marianne of Prussia appealed to all women of Prussia to exchange their gold jewelry for a brooch or a ring made of iron with the inscription “I GAVE GOLD FOR IRON” which the women could flaunt as a symbol of their patriotism. 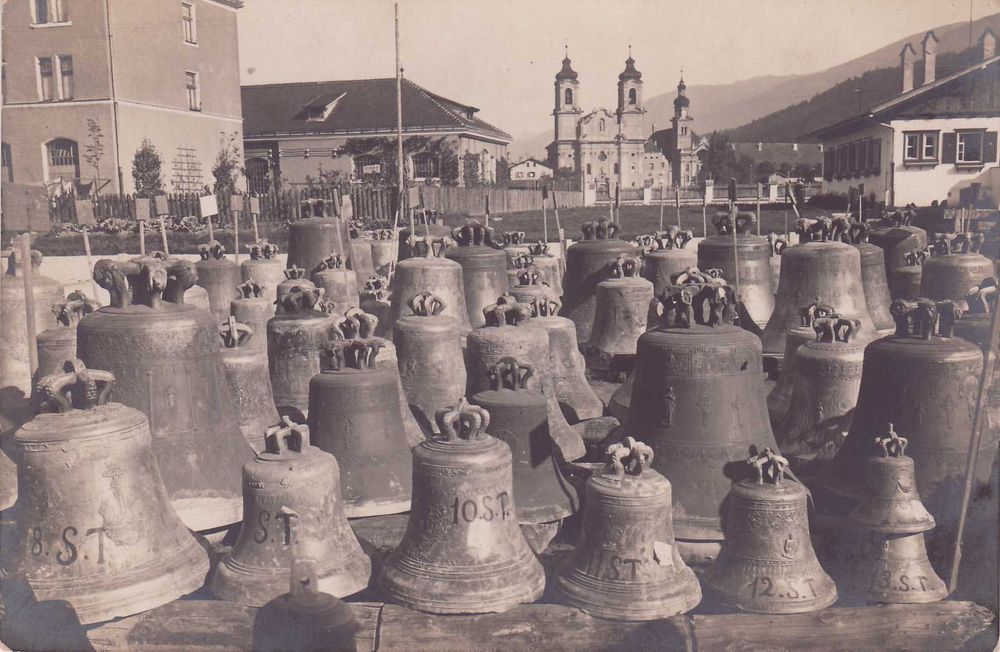 Church bells of all sizes await their fate in a “bell cemetery” in Wilten, Austria. Photo: Stadtarchiv / Stadtmuseum Innsbruck

The Burnt Cork Collection Rises From the Ashes

The Fabled Diamonds of Golconda