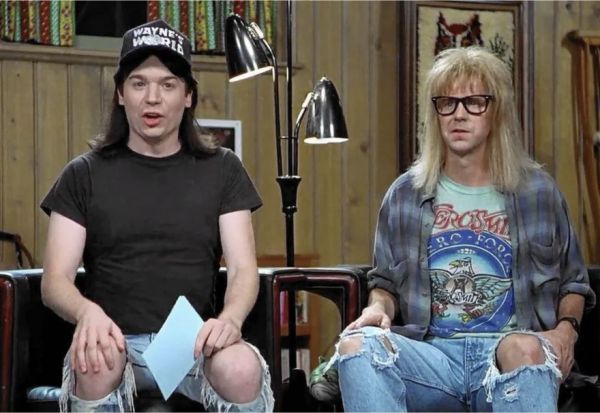 Since 1975, Saturday Night Live has soldiered on as the premiere sketch comedy television show. It’s shifting cast members have gone on to become legendary actors, comics, TV hosts, writers, and even politicians, or else faded into obscurity. By the 1980s, we saw the phenomenon of feature-length films based on or inspired by SNL’s live TV sketches, which was confounding. How could a three-minute comedy bit be expanded to two hours and remain funny? It comes down to the writing and the commitment to the characters.

An article at Entertainment Weekly looks at the nine movies that were “officially” based on SNL sketches plus a few that were related in one way or another. After 47 years on the air, those who haven’t been there the whole time might confuse movies inspired by SNL with SNL parodies of existing movies, or else you’ve never seen the original skit. They aren’t listed and ranked; rather, the best movies and worst movies are presented first for your convenience. Then they go back and explain the rest that fall in the middle and how they came to be. -via Fark