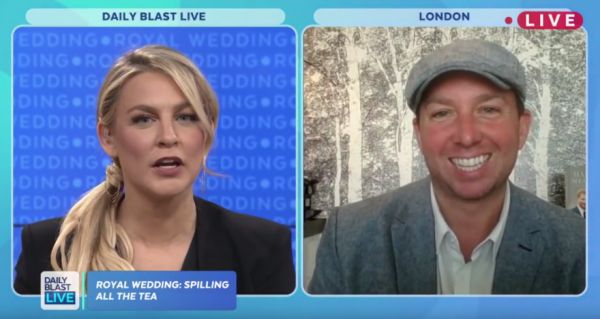 August seems like an odd time to post a “best of the year” list, but here we are. There have been so many people trying to get away with something that Mashable has plenty of material to work with. Four months from now, they may have an update, but what we’ve got so far is pretty egregious, and it doesn’t even include politicians.

You might remember McFarland from his other failed scam: Fyre Festival. Unfortunately, he does not appear to have learned a single lesson from that debacle. McFarland was arrested in June and charged with wire fraud and money laundering for a fake ticket sales scheme completely separate from Fyre Fest. Billy, dude, what’s up?

Thomas J. Mace-Archer-Mills, Esq. sounds exactly like the name of someone who would fake their way into becoming an expert in all things royal wedding. With his best fake British accent, Tommy Muscatello scammed his way into history just in time for the nuptials of Meghan Markle and Prince Harry.

He perfected his British accent twenty years ago during a school play and put it to good use by appearing on news programs regularly as a royal wedding expert and founding member of the British Monarchist Foundation — only to eventually be called out by The Wall Street Journal. Turns out, Mace-Archer-Mills was just a combination of his friends’ last names. In an interesting twist, the British accent has stuck with Muscatello even after all this controversy. Pretty impressive.

Read the rest of the list at Mashable. A couple of them aren’t even human.