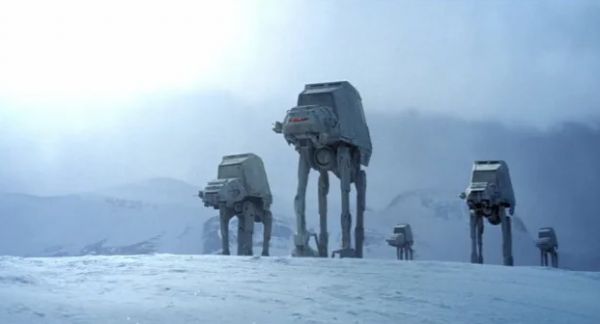 Released on May 21, 1980, The Empire Strikes Back is officially 40 years old. The anniversary is not being commemorated as spectacularly as that of the first Star Wars movie, but ESB is now widely considered the best Star Wars film of all, and deserves a look back. The Empire Strikes back expanded the Star Wars universe in ways we may have forgotten by now. Let’s look at some of the things that ESB introduced us to.

Every Star Wars movie introduces new ships and vehicles. That’s just what they do. But few introductions are as memorable or impactful as the AT-ATs introduced on Hoth in The Empire Strikes Back. Their sheer size and scope captured our imaginations and were a perfect representation of just how impressive and imposing the Empire truly was.

How did one become a Jedi? We didn’t quite know. But The Empire Strikes Back showed some of the processes as Yoda and Luke ran and jumped all over Dagobah. It was important to let audiences know that Jedi aren’t just born, they’re made, and it was going to take a lot of effort and courage for Luke to reach that goal.

By now we are used to sequels being a rehash of what worked before, prime examples being Star Wars episodes VII and IX. Take a fresh look at what impressed us when The Empire Strikes Back hit theaters at io9.