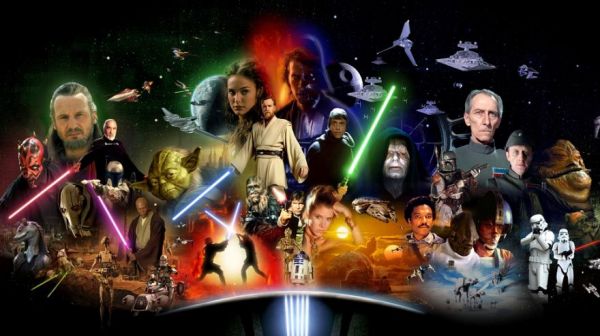 Following all of Star Wars was a pretty simple task for those of us who have seen every movie in a theater when they were released. That took 40 years, but there was no confusion as to how the story was constructed. It’s quite different when you want to introduce your children, or your friend who was never interested until they met you, to the long and ever-expanding Star Wars universe. What’s the best order to see them in? George Lucas says to watch them in chronological order, starting with The Phantom Menace. No, no, no.

The problem in getting started with Star Wars is two-sided. First, there’s the inconvenient fact that the first three movies to be released, the original trilogy, come in the middle of the current continuity. Then, there’s the not-insignificant matter that the prequel movies are widely considered to be terrible. Episode 2, “Attack of the Clones,” won a Golden Raspberry award for Worst Screenplay.

Until the release of “The Force Awakens,” much of the zeitgeist surrounding the Star Wars saga dealt with the prequels. The conversations were largely negative, along the lines of “are these movies cringe-worthy, or outright detestable?”

There’s also the big twist that would be completely spoiled by watching the prequels first -which really only applies to children as viewers. The best way is to show your kids the movies in release order, which is what I did, although back then there were only five movies to catch them up. That’s what Mathew Olson recommends, although his list of media in watching order do not include Ewok Adventure or The Star Wars Christmas Special. Even I haven’t seen those. Or you might prefer Machete Order. But there’s a lot more in the article, including an explanation of the special editions and a look at Disney’s vision for the future of Star Wars. And May the Fourth be with you.

The History of Rice Cookers