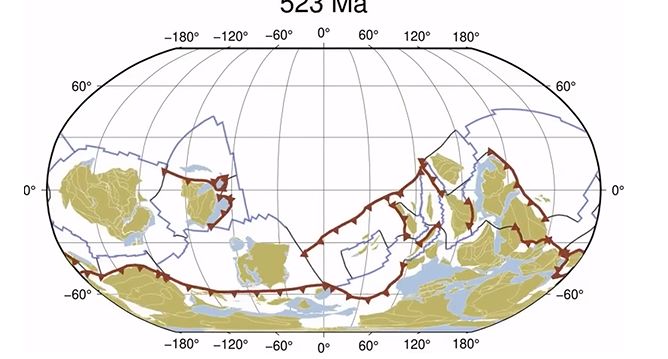 Even without the implications and other scientific explanations surrounding this animation of the long history of how the Earth’s tectonic plates moved around, the animation is still very pleasing to watch. However, the animation is a result of the efforts of scientists, as they combined magnetic data and geological data to create the high-fidelity simulation:

“A lot of things we look at and care about in the present day are dependent on 10- to 100-million-year time cycles in plate tectonics,” said Andrew Merdith, a geoscientist at the Claude Bernard University Lyon 1 in France and the study’s lead author. By looking further back in time, more cycles are revealed, allowing scientists to unravel the planetary-scale processes that made the world we live in today.

“Plate tectonics is that really big picture that you can put other things into,” said Lucía Pérez-Díaz, a structural geologist and tectonics expert at the University of Oxford who was not involved with the work. And a lot of things have happened in the past billion years that this new recreation can help contextualize.

Its scientific uses aside, the animation also resonates with people on a visceral level.

“It’s quite hypnotic,” Dr. Pérez-Díaz said, “even for me, and I see them all the time.”

Image via the New York Times