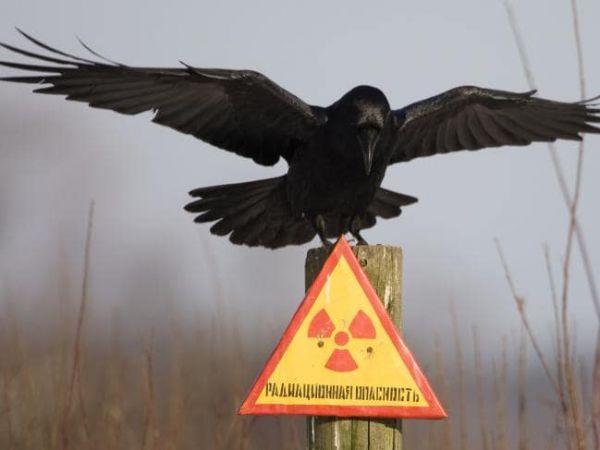 Sydney archaeologist Robert Maxwell conducted fieldwork in the Chernobyl exclusion zone in 2010 and 2012. He saw and experienced some frightening things, which are the very real risks of radiation poisoning. Maxwell also discovered a supernatural tale associated with Chernobyl.

“According to the legend, rumours went through the ranks of Chernobyl, that five employees had seen a large, dark headless creature with gigantic wings and fire red eyes. Chernobyl employees began sharing strangely similar experiences, some had horrifying nightmares, while others received threatening phone calls,” Maxwell said.

“The second account I’ve heard of this story comes from 2007 which says that people in and around the power plant began to experience a series of strange events revolving around sightings of a mysterious creature — also described as a large dark and mutated creature with large wings and piercing red eyes.

“People affected by the phenomena also experienced nightmares and had first-hand encounters with the winged beast.

“Some of the workers reported their bizarre experiences to supervisors of the facility but there was very little these officials could do even if they’d been willing to take action. Then, in April, disaster struck.”

The problem with looking into the story is that those who experienced it are dead, which makes it all the more ominous. Maxwell likens the tale to that of the Mothman, a creature that only appears right before some terrible tragedy. It turns out that the supernatural harbinger of doom appears in folklore around the world, in slightly different but always frightening forms. Read about the Black Bird of Chernobyl at News.com.au.  -via Strange Company