During the Frankfurt Motor Show in September, BMW will reveal a special collaboration with Surrey NanoSystems, the inventors of Vantablack: a one-off BMW X6 finished with the “world’s blackest black.” 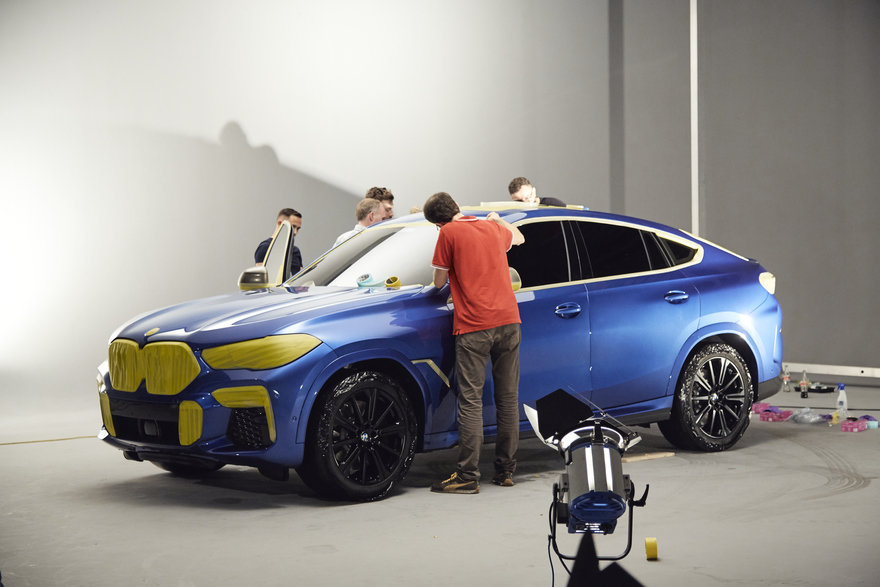 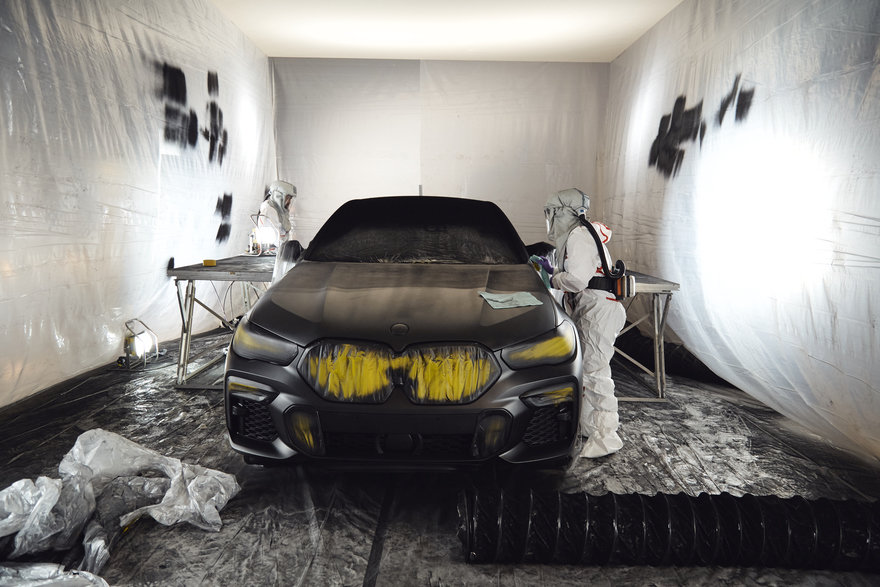 It’s an unusual, almost contradictory, choice for a vehicle since Vantablack absorbs 99% of light, making objects appear two-dimensional and obliterating virtually all design details and highlights. For this reason, BMW used a variant called VBx2 that was initially developed for use in architectural applications. This coating can be sprayed on and has a one percent total hemispherical reflectance (THR), meaning it’s still considered “super black” while enabling a small amount of reflection from every angle. 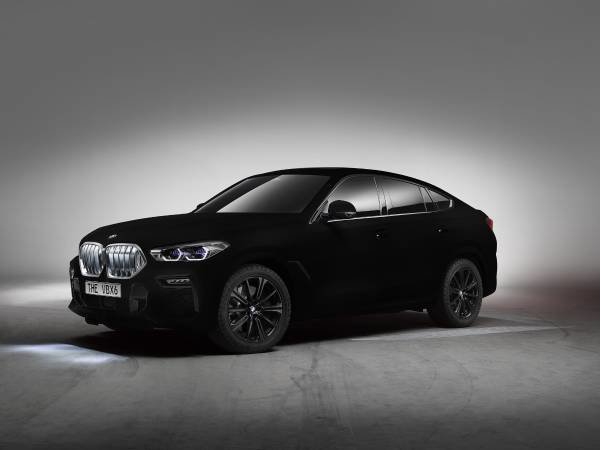 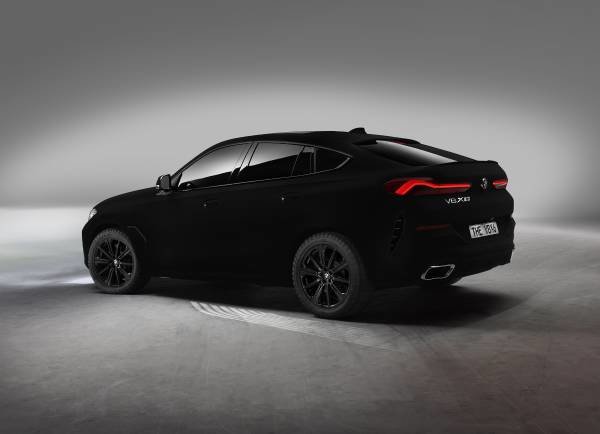 “We received inquiries from most of the big-name automotive manufacturers, almost from the day we launched the original material in 2014, but we’d always said no,” Ben Jensen, inventor of Vantablack and founder of Surrey NanoSystems, said in a statement. “I think it worked really well on the BMW X6, because of the size of the car, its distinctive shape, and how imposing it is. But putting a paint like that on a conventional car lacking a distinctive design would probably detract from it in some way,” he added. “We also realized that it wouldn’t have worked if we’d put on the original material, as the viewer would have lost all sense of three-dimensionality. VBx2 with its one-per-cent reflectance provides just enough of a hint of shape.” 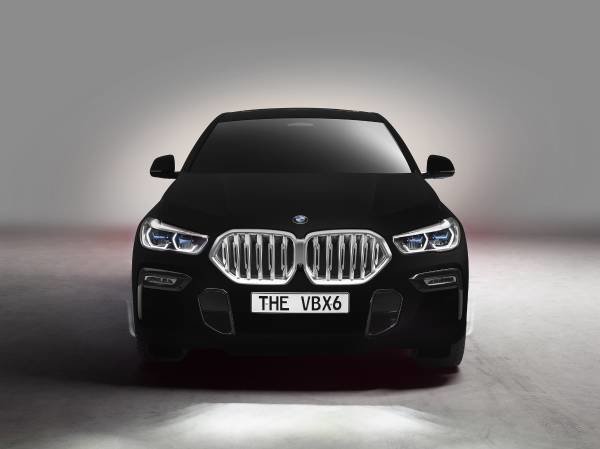 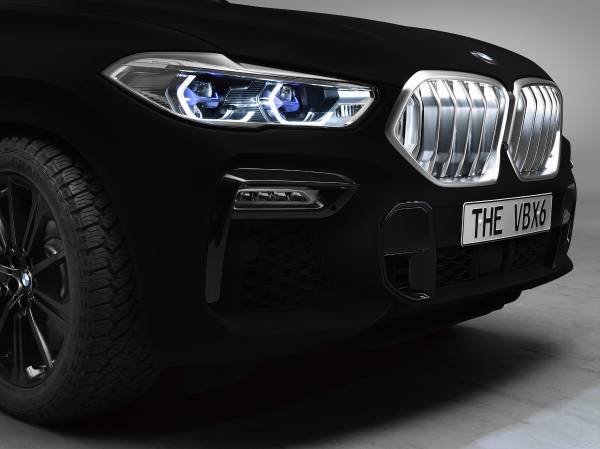 The one-off is only intended to be a showpiece—there aren’t any plans to make VBx2 a regular paint finish. “Developing a Vantablack VBx2 car paint durable enough for daily use is a huge technological challenge,” Jensen says.

But that doesn’t mean there aren’t other possible applications of Vantablack in automotive technology. “The material is now being used more and more in various types of laser-based sensor equipment for driver assistance systems and technologies for autonomous driving, for instance,” Jensen explains. “That is because incident sunlight can cause a degradation of performance in these systems…a Vantablack coating eliminates these issues and results in increased safety.” 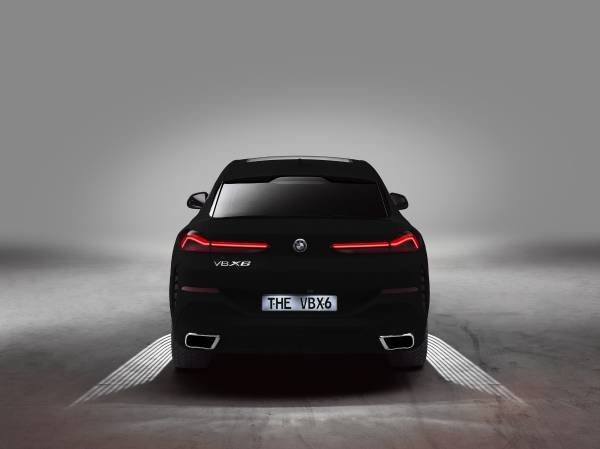 The paint finish has an interesting effect on the X6’s expressive design features, creating a stark, matte-black contrast against the car’s grille and headlights. “Internally, we often refer to the BMW X6 as ‘The Beast,'” says designer Hussein Al Attar. “The VBx2 finish emphasizes this aspect and makes the BMW X6 look particularly menacing.”

“In addition, Vantablack VBx2 opens up new possibilities for us as designers,” Hussein continued. “We often prefer to talk about silhouettes and proportions rather than surfaces and lines. The Vantablack VBx2 coating foregrounds these fundamental aspects of automotive design, without any distraction from light and reflections…The most remarkable evolution [of the new generation X6] over the predecessor concerns its proportions, and that is precisely what Vantablack underscores, albeit in a rather unexpected fashion.”