This week Romain Grosjean was discharged from the hospital, which was a miracle. Because based on what happened to him last weekend, Grosjean should be dead.

The 34-year-old Formula One driver suffered a horrendous crash at Sunday’s Bahrain Grand Prix, rocketing into a metal barrier at 137 MPH. The car split in two, and the half holding Grosjean exploded. But less than 30 seconds later, with an ambulance crew already on-site, Grosjean emerged from the flaming wreckage relatively unscathed. Look at how bad this crash was, seen here from multiple angles, some in slow-motion:

Understanding What Each Safety Device Did During the Crash

Here’s what happened in the crash. First, the aerodynamic nose of Grosjean’s car punched through the sheet metal of the Armco guardrail. Atop that guardrail is a metal bar, which should have slammed into Grosjean’s head. Instead, the bar slammed into the car’s Halo, a safety device that F1 drivers hated when it was instituted in 2018. 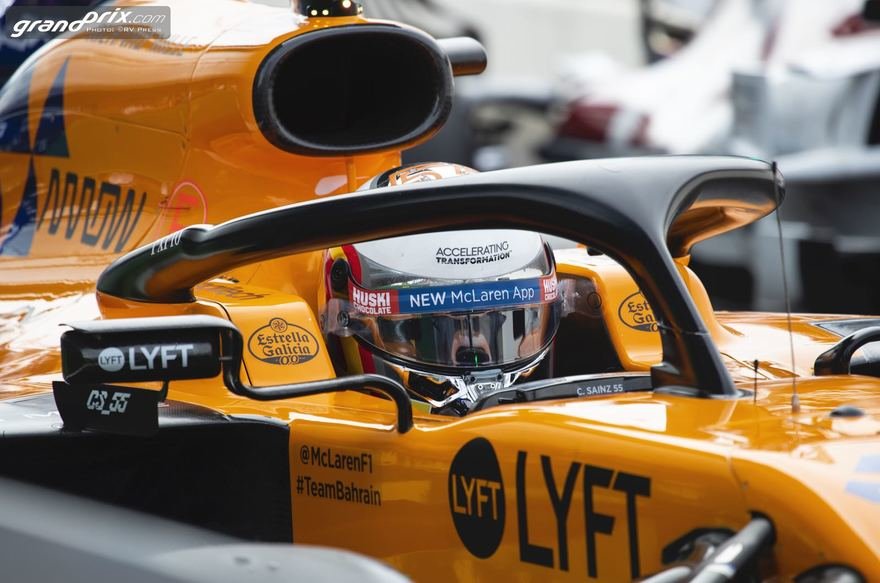 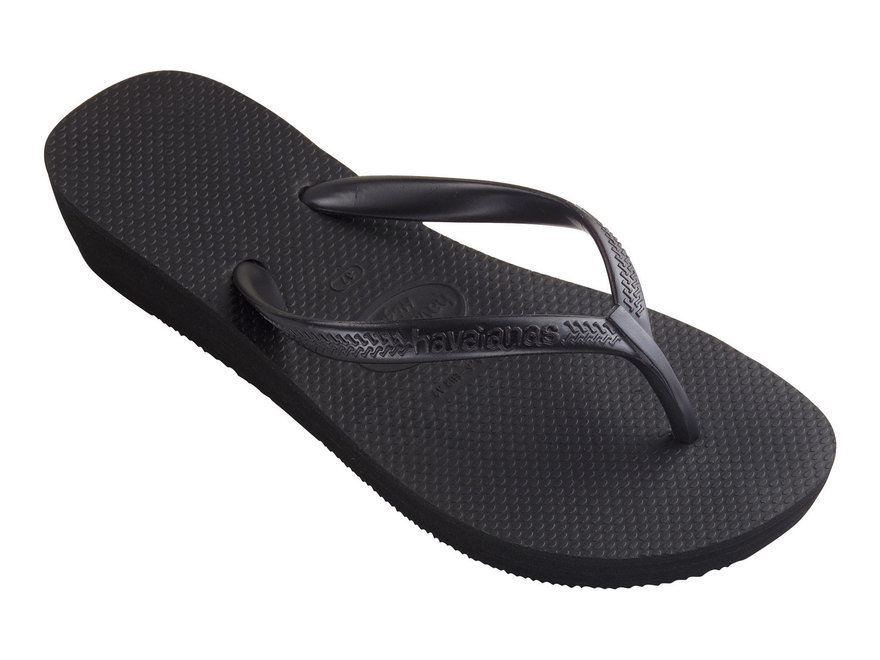 Design inspiration for the Halo?

As the car suddenly decelerated by the impact of the barrier bar on the Halo, the whiplash should have caused the weight of Grosjean’s head and helmet to snap his own neck. Instead, his head was held in place by the standard HANS (Head and Neck Support) device required by F1 safety regulations. 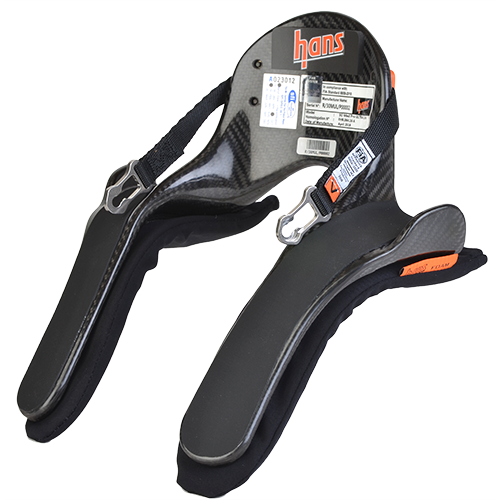 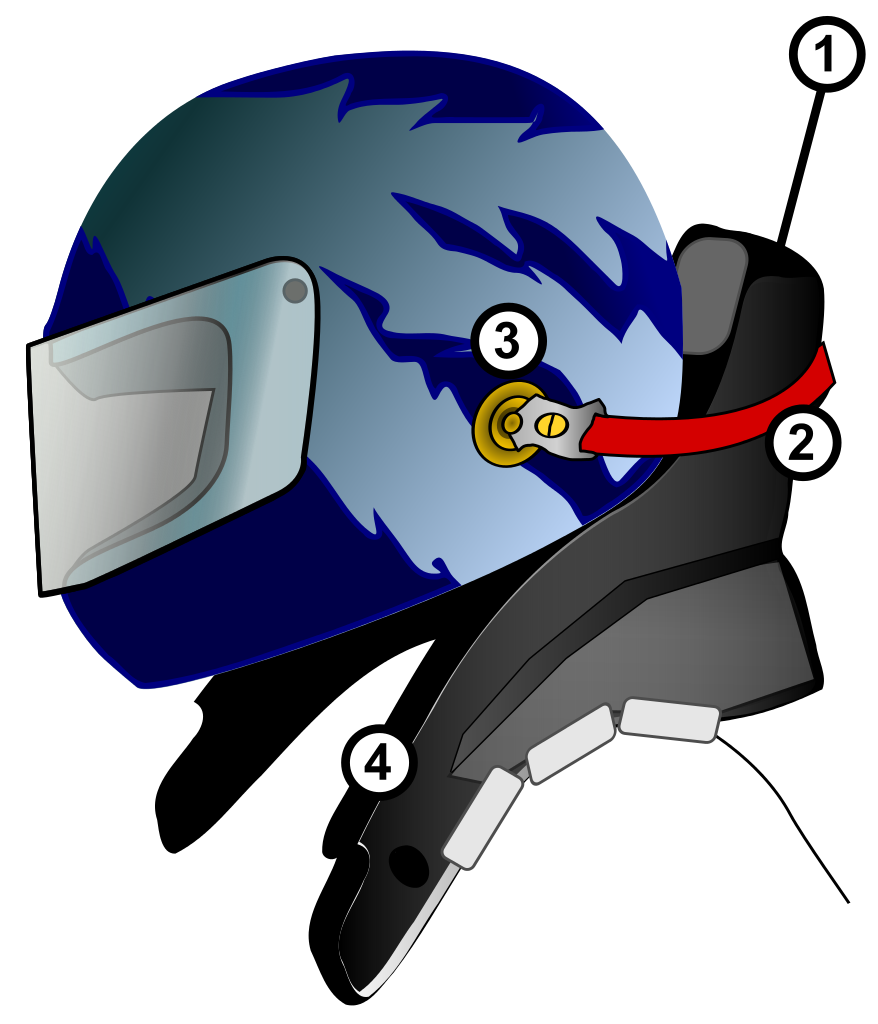 Additionally, the carbon-fiber monocoque “bathtub” Grosjean was encased in prevented the violent force of the crash from being transmitted directly into his body. 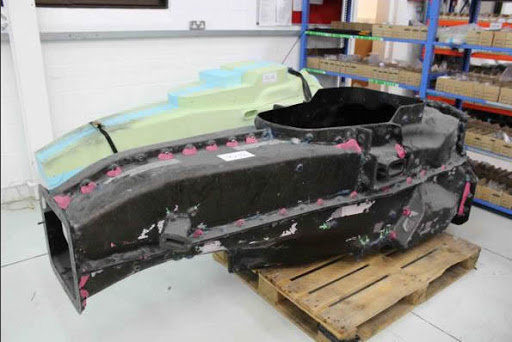 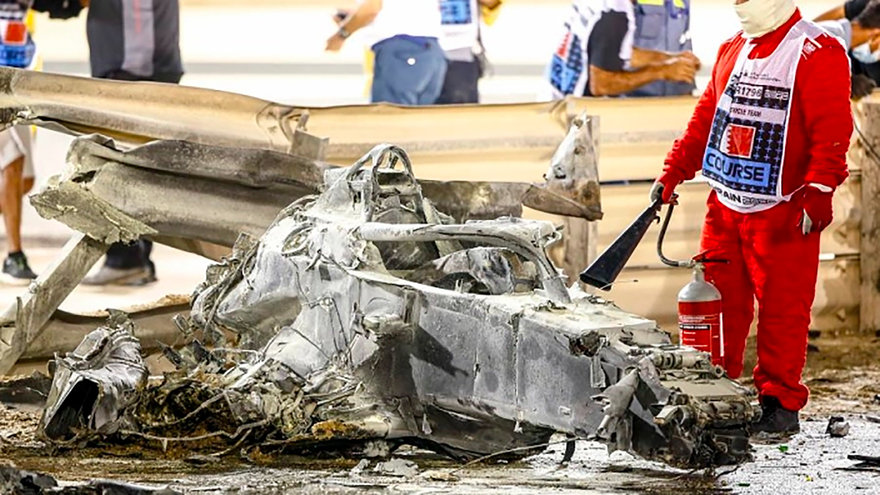 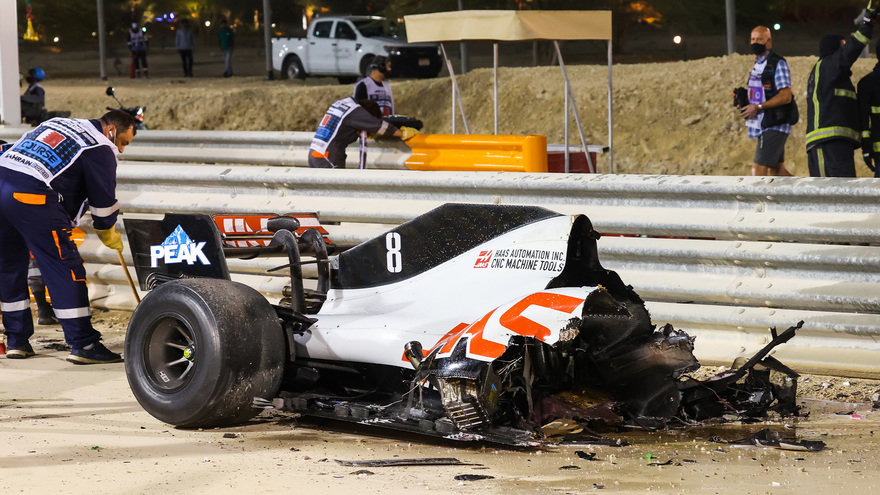 While the fuel cells in the monocoque are made with flame-resistant Kevlar, during the car’s violent split, fuel that had been traveling from the fuel cells towards the engine in the rear half somehow got past the dry-break fuel line connectors and were released into the open air. They contacted the hot parts of the car and ignited.

Now Grosjean should’ve been burned alive. But his Nomex fireproof suit, gloves, socks, shoes, balaclava and long underwear kept the heat at bay while he frantically worked to free himself from the cockpit. His sole injury was receiving second-degree burns on his hands; by necessity the gloves cannot be so thick that drivers cannot feel the steering wheel, and they must be able to flick their fingers on the paddle shifter. Thus the thinner gloves allowed the heat to penetrate, but every other part of the suit did its job.

To give you an idea of how hot it was in the cockpit, Grosjean’s face visor–which by necessity must be transparent, i.e. plastic–melted as he worked to free himself. 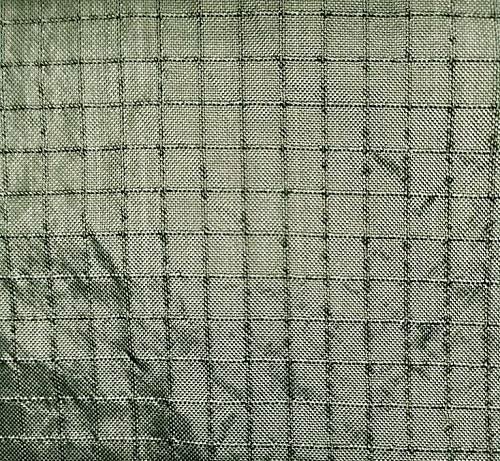 In the statement in the video above, Grosjean credits the Halo with saving his life. Of course, it’s not just the designers of the Halo, but the engineers responsible for the bolts, the developers of the carbon-fiber monocoque, the materials scientists behind the Nomex, and undoubtedly countless unsung others who all deserve credit. That he survived a crash like that is a testament to modern design and engineering. 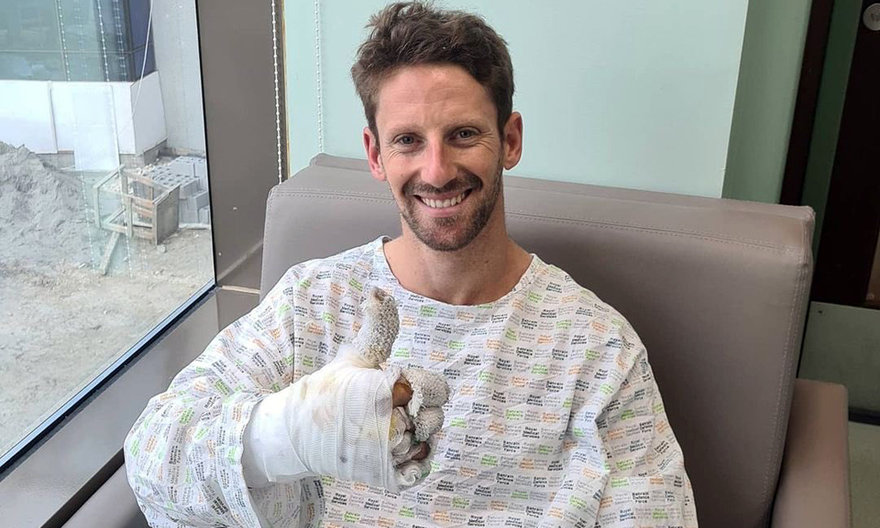