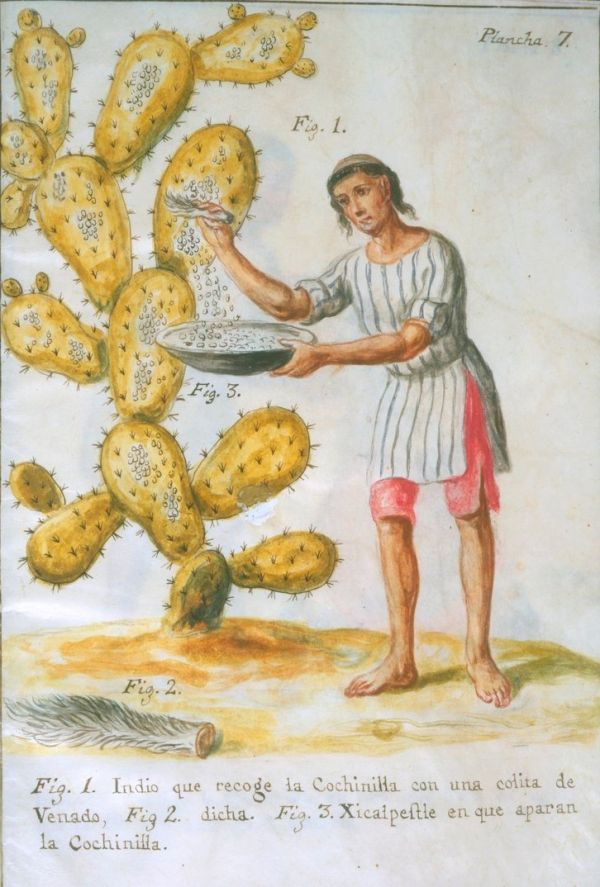 Paints, dyes, and other colorants have been very important in history- particularly those colors that are hard to manufacture. Red was among those up until Spanish conquistadors came to the Americas and found native industries cranking out red dye from the cochineal insect.

Spain, realizing it had a precious product, cornered the market on cochineal red. It became one of their most valuable exports from Mexico, second only to silver. They even put laws on the books to protect cochineal—and the mysterious bug that created it. “You couldn’t take gold or silver or cochineal out of Spain, without authorization, on pain of death,” Greenfield says.

The country also had strong censorship policies to control information about cochineal and keep it from other countries. For years, Europeans remained unaware that the dye came from an insect. Many wondered if the dried cochineal that formed dyes was some sort of plant or animal. Once the secret source of Spain’s coveted dye eventually got out, it wasn’t long before Europe’s monarchies were plotting ways to fight—and kill—for it.

Read the history of cochineal red and how it took Europe by storm at Mental Floss. -via Strange Company

Resin-Fossilized and Machine-Cut: The Art of Matthew Angelo Harrison

How the Cessna Hacienda Set a World Record