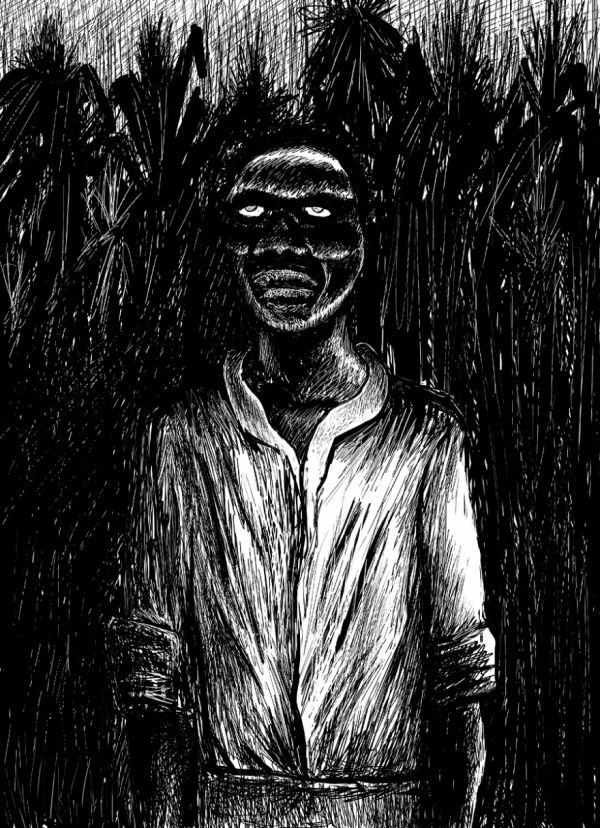 In Night of the Living Dead, The Walking Dead, and other fictional zombie worlds, the zombies are the monsters, intent of killing and devouring innocent human life. But in the original zombie folklore, the zombies themselves were the victims.

In Haitian folklore, a zombie is an animated corpse with lack of cognition or free will, whose soul is said to be imprisoned and possessed by magical means, and whose body is controlled by its master. The symbolism of slavery in this concept is impossible to ignore, shedding light on how European slave drivers, plantation owners and colonial powers used the fear of “zombification” amongst Haitian people; the fear of being trapped in their enslaved bodies forever, to discourage suicide amongst the workforce. Despite France being the first country to abolish slavery, French plantation-owners worked their African slaves so hard, the rate of death of slaves at Haiti’s Saint Domingue plantations was higher than anywhere else in the Western hemisphere. Fictional horror was born from real-life horror.

The concept of zombies was brought to the US in the 1920s through a book about Haiti, and Hollywood went to work turning the legend into a whitewashed movie monster. Read about the origin of zombies and see a documentary about them at Messy Messy Chic.