About two kilometers south-west of Al Madam, a small town along the old Dubai-Hatta road, is a spooky little abandoned settlement. It was once inhabited by the people of the Al Kutbi tribe, who are among the three prominent tribes living in the vicinity of Al Madam. For some reason the residents packed up their bags and left more than a decade ago. Local legends hold that it’s the nasty “jinn” that drove the people away.

Jinn is a demon-like supernatural creature that the Arabs and Muslims believe in, but they are not always malevolent—after all, it was a jinn that helped Aladdin, the son of a poor tailor, kill the evil sorcerer and gave him riches allowing him to live the life of a prince in one of the best-known Arabian folktale Aladdin and the Magic Lamp. 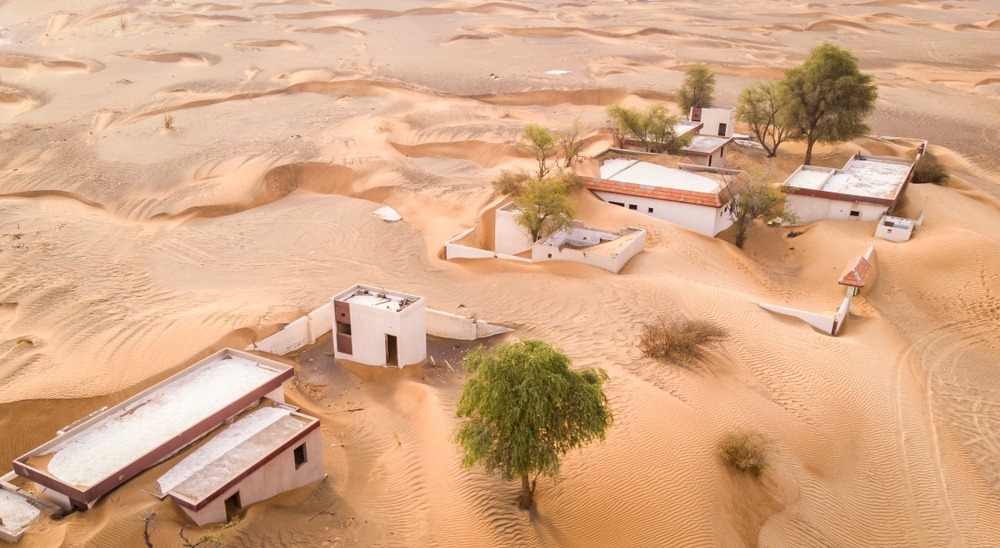