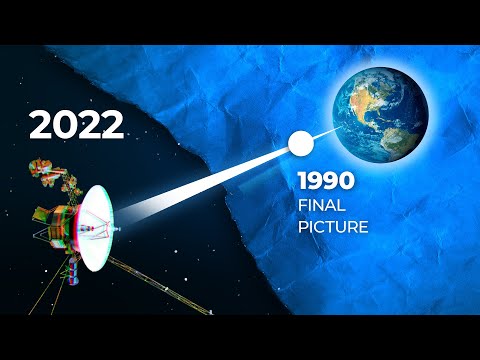 Every time we revisit the Voyager spacecraft, we confront statistics that are hard for the human mind to grasp. The intrepid space probe Voyager 1 has been traveling for more than 45 years, and is now more than 23 billion kilometers (14.817 billion miles) away, in interstellar space. It’s still communicating with earth with its 1970s technology. That technology might be obsolete, but it was built to last. Sadly, the programming involved is no longer being taught. After taking amazing pictures of our solar system for a decade, Voyager’s cameras were turned off in 1990. There’s more than one reason why they won’t be turned on again, but the ability to do so is a testament to the durability of vintage hardware.

Also, if you recall the launch of the two Voyager probes, this will make you feel old. The video has a one-minute ad starting at the four-minute mark. -via Geeks Are Sexy