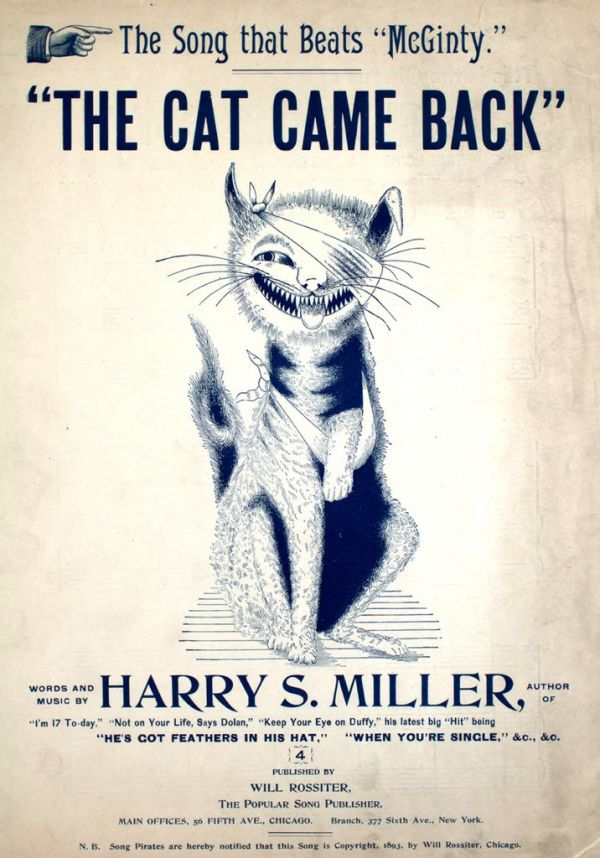 The steamship Fort St. George ferried fresh water and passengers from New York to Bermuda beginning in 1921. A cat named Minnie decided the ship was a good place to live. The ship’s crew did not return the affection.

Minnie, the black-and-white cat of the Fort St. George, loved her home at sea, but she was also prone to flirting with the tom cats on Pier 95 in New York and at Hamilton Dock in Bermuda. In her years of service as the ship’s dedicated mouser, she was ejected from the ship at least 15 times. Not because she wasn’t loyal to her shipmates or good at catching rats, but because she gave birth to too many kittens.

Every time the sailors sent her packing with her kittens, she’d return as soon as her little ones were old enough to care for themselves.

One time a sailor reportedly took her all the way to Broadway and 72nd Street and bade her what he thought was a final farewell in front of the old Sherman Square Hotel. But when the ship entered Hamilton Harbor in Bermuda a few days later, Minnie miraculously appeared on deck. (My theory is that she hitched a ride to Bermuda on the sister ship, the Fort Victoria.)

You can read more about the Fort St. George and New York’s Pier 95 at The Hatching Cat. -via Strange Company