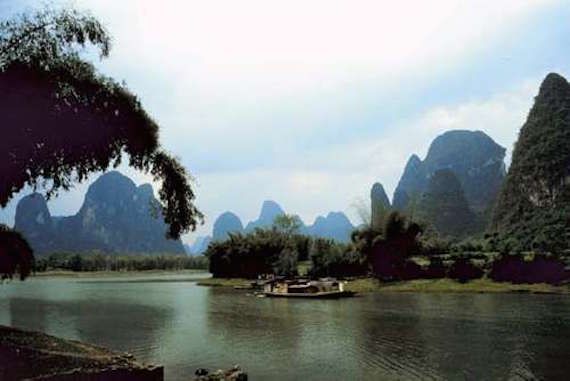 Several years ago, rumors circulated on Chinese social media about a rural village in Shaanxi province which purportedly vanished off the face of the earth without leaving any trace or clue as to the whereabouts of its inhabitants.

Here there once supposedly stood a rural village much like many others like it that dot the region, with nothing particularly out of the ordinary or exceptional about it other than its proximity to a rocket launch center, but it would suddenly begin making the Chinese news and generating buzz on social media in 2010 when the story came out about how this little village one day just completely vanished off the face of the earth.

Many conspiracy theories and eyewitness accounts state various events that led up to the strange disappearance of the rural village. Some say there were UFO sightings prior to the phenomenon, while others also noted that they saw military personnel and vehicles around the area before it happened. Other more bizarre explanations say that a large number of snakes suddenly appeared before the vanishing.

Whatever the reason was, it’s still unknown and nobody has any knowledge of what happened to the residents of that rural village.