The Chrysler Air Raid Siren was the size of a car. It measured twelve feet long and six feet high, and weighed an estimated 3 short tons. The gigantic siren was powered by a 180 horsepower eight-cylinder gasoline engine, that drove a two-stage air compressor and a rotary chopper. The compressor pushed 2,610 cubic feet of air a minute, at nearly 7 PSI, through a rotating chopper that sliced the air into pulses to create sound. The compressed air exited through six giant horns with a velocity of 400 miles per hour. This resulted in an incredibly loud sound of 138 dB, measured 100 feet from the siren. The loudness of this siren remains unmatched by any warning device ever produced. 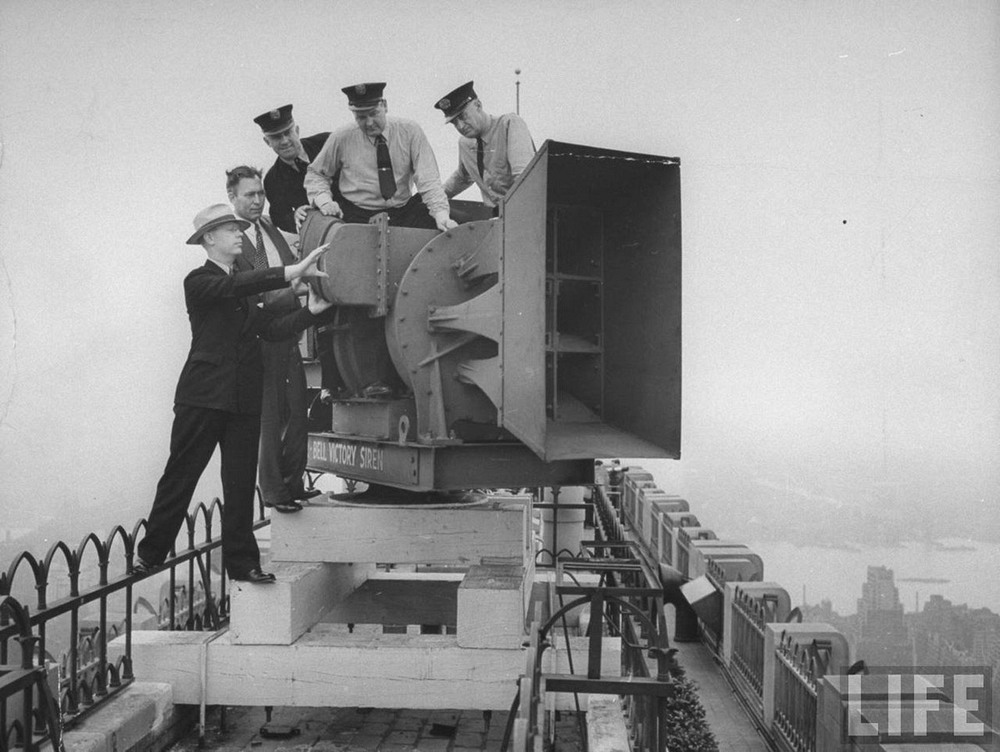 Rating The Chrysler Air Raid Siren Was So Powerful it Could Induce Rain is 5.0 / 5 Votes: 2
Please wait...
Loading...
Related articles