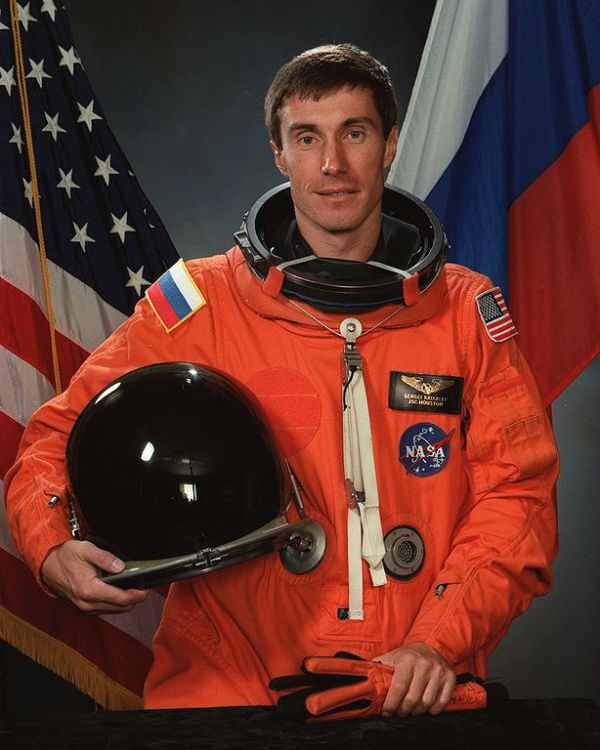 Sergei Krikalev was a cosmonaut who made six space flights and spent a total of 803 days in space. It wasn’t supposed to be that way. Krikalev was the flight engineer on Soyuz TM-12, launched on May 19, 1991, that docked with the MIR space station. He was to spend five months orbiting the earth with MIR. That’s what Krikalev was doing when the Soviet Union collapsed on December 26, 1991. His nation no longer existed, and mission control at the Cosmodrome was now in Kazakhstan. His superiors told him he would have to stay in space longer because there was no money to bring him home.

In Krikalev’s case, the mission lasted twice as long as originally planned. He spent 311 days, or 10 months, in space, unwittingly setting a world record in the process. Over this time, four scheduled missions were cut to two, and neither of them had space for another flight engineer.

Russia, which at that time had major money problems due to hyperinflation, was selling other countries seats to the space station on the Soyuz rocket. For example, Austria bought a seat for $7 million, while Japan purchased one for $12 million to send a TV reporter there. There was even talk of urgently selling off the Mir while it was still in working order. All of this mean that other crew members returned to Earth, while Krikalev, the only flight engineer, could not. Locked up there in space, far from home, he asked them to bring him honey in order to raise his spirits. But there was no honey, and instead they sent him lemon and horseradish.

Krikalev eventually made it back to earth, and you can read the story of his unique time in space at Russia Beyond. -via Damn Interesting

Rating The Cosmonaut Who Was Left Behind in Space is 5.0 / 5 Votes: 2
Please wait...
Loading...
Related articles