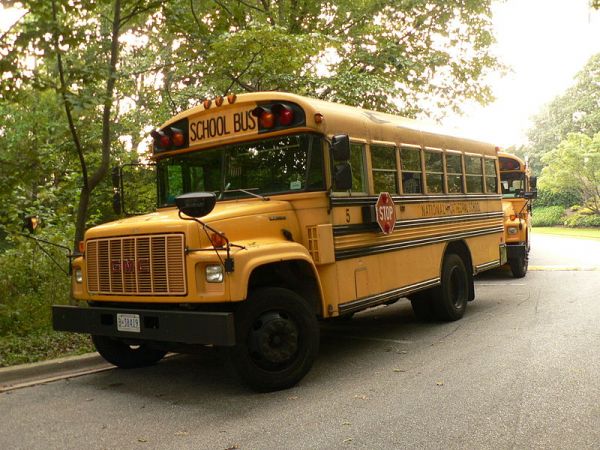 Any teacher that accompanies students on a trip is secretly going over all the things that can possibly go wrong. But when you’ve got dozens of students of varying stages of civility in a totally new environment, you cannot foresee all possibilities. A reddit thread asked teachers for their worst school trip stories, and the responses were pretty wild. Here’s a sample.

A girl on a BETA club trip thought it would be funny to put a sign in the window of the bus that said, ‘Bomb on board.’ Needless to say, the interstate was shut down, the bus was pulled over, and a SWAT team raided our bus! The girl admitted it was a hoax, but that didn’t stop the bomb squad from showing up!”

We were on a fifth grade field trip to the zoo, and during a tour of the primate exhibit, a notoriously ill-behaved student hurled a stick into the gorilla habitat. Well, it landed near an adult gorilla who became angry and threw it back with the strength and precision of a tomahawk! It shattered on the boy’s face, and he went down. But because of the commotion that ensued, more gorillas appeared and started screaming at the kids, which caused the nearby orangutans to catch wind of the situation and to mobilize to assist their gorilla comrades…

At this point, it had become a war on two fronts — gorilla and orangutans launching volleys of feces at the scattering students, until finally, an army of zoo staff swarmed the primate exhibits and managed to stop it. 30 minutes later, the zoo had indefinitely banned the school from the zoo, and the boy who started all the commotion was on his way to the hospital for stitches in his chin.

Read the most outrageous stories at Buzzfeed, or all of them (many are gross) at reddit.