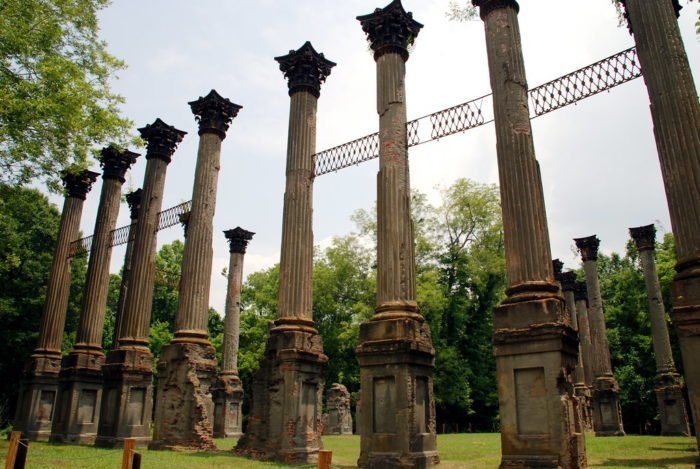 The Windsor Ruins, located in the tiny town of Port Gibson, Mississippi, is one of the most sought after sites, frequented by locals and tourists. The site, which consists of just twenty-three Corinthian columns, is believed to be haunted by the ghost of a Union soldier who was killed on the property, as Only In Your State details:

Smith Coffee Daniell II, Windsor’s owner, is also said to haunt the grounds. According to one report, a visitor saw a man in period clothing, assumed it was a re-enactor, and approached to ask some questions about Windsor. However, as he got close, the “re-enactor” turned toward the man, smiled, and faded away.

The strange happenings don’t end there, though. It’s said that on some nights, sounds of a long-ago party can be heard.

Image via Only In Your State

New Chemistry and the Birth of Public Hygiene

Getting Acquainted With The Rushton Triangular Lodge