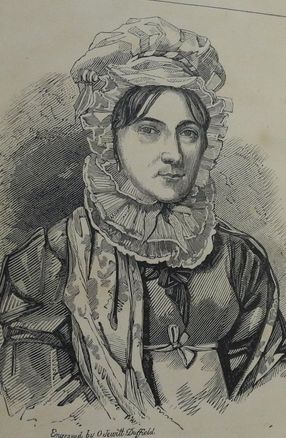 Two hundred years ago, life was very restricted for young women, but it was also dangerous for a young woman without the protection of a family. So when Harriet Moore’s mother died in 1816, the young Irish girl put on boy’s clothing and became John Murphy. Murphy became an itinerant laborer, following jobs here and there, and moving on when anyone became suspicious about her identity.

During her time in Shardlow, Harriet gained employment at the local salt works and lodged in the nearby village of Aston-on-Trent, with a Mrs Jane Lacey who had a daughter, Matilda (born 1808). Matilda found herself pregnant by the village butcher, a married man, but she was also in love in love with John aka Harriet.

We might assume that “transported” in this story meant sent to Australia. John, terrified of marriage, fled to another town, but eventually was persuaded to marry Matilda, who then had another child. But Murphy had an alternate plan- she put on women’s clothing and became Harriet again- and married a man! Read the story of Harriet Moore and John Murphy, with the twists and turns chronicled in surviving documents, at All Things Georgian. -via Strange Company