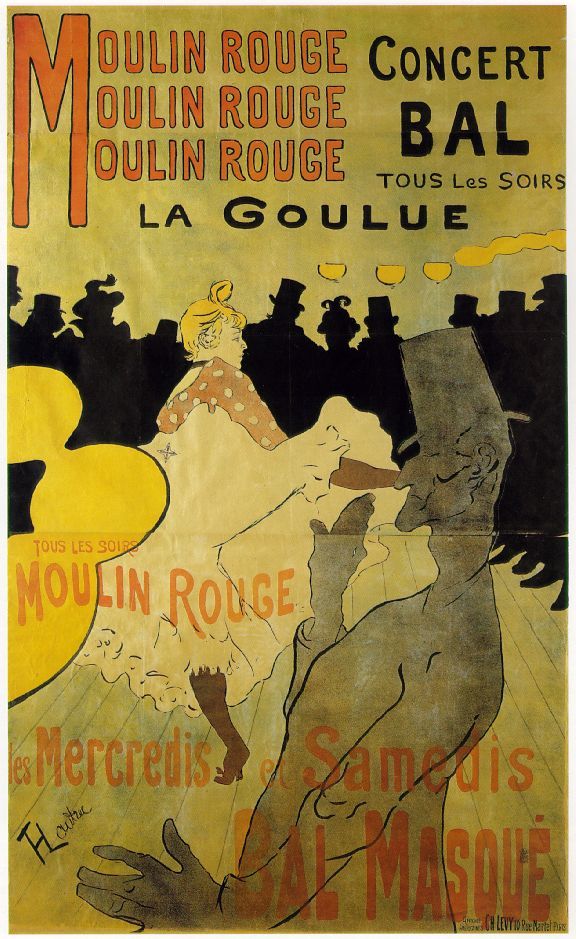 Her name was Louise Weber, but as a dancer in the chic Paris nightclubs, she became known as La Goulue (“The Glutton” in English) because of her habit of drinking up patrons’ refreshments as she danced by. She was also called “The Queen of Montmartre.” She snuck away from her family’s laundry business at age 16 and danced in clubs around the Paris suburbs, building her reputation. La Goulue debuted at the Moulin Rouge in 1891 and reigned as their star for four years. She danced an early version of the can-can called the chahut and charmed audiences with her outrageous behavior. La Goulue became one of artist Henri de Toulouse-Lautrec’s favorite subjects.

By 1895, Weber had saved enough money to strike out on her own. She invested in her own traveling show, but she did not dance- she instead became a lion tamer! Read the story of La Goulue at Europeana. -via Everlasting Blort