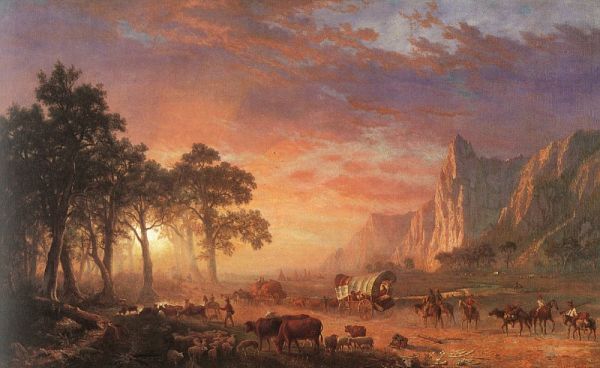 Imagine you are in your car, trying to get somewhere in an area you’ve never been. You pull up a map, spot a shortcut, and decide to take it, since it appears that you’ll save a lot of time. Then eventually you notice a lack of gas stations or any facilities, then your cell service fades out, and the pavement turns to gravel. That’s bad enough, but imagine you were taking your family and all your worldly possessions to a new place you couldn’t even imagine, with no roads, fuel, or communication at all.

In the summer of 1846, a party of 89 emigrants was making its way westward along the 2,170-mile-long Oregon Trail. Tired, hungry, and trailing behind schedule, they decided at Fort Bridger, Wyoming to travel to their final destination of California by shortcut. The “Hastings Cutoff” they chose was an alternative route that its namesake, Lansford Hastings, claimed would shave at least 300 miles off the journey. The party believed this detour could save more than a month’s time. They were wrong.

Hastings Cutoff turned out to be a waterless, wide-open stretch of the Great Salt Lake Desert, bordered by sagebrush wilderness, that began with having to forge their own wagon route through Emigration Canyon in the Wasatch mountains. By the time the party finally reached the Sierra Nevada mountains, the shortcut had cost them weeks. Snow fell, trapping the Donner-Reed party. This is when the most infamous (and deadly) part of their tale began. When members of the party began starving to death, survivors ate their remains to stay alive.

Find out why Hastings promoted the cutoff when he never even traveled it himself, and read stories of other horrible shortcuts on the Oregon Trail at Atlas Obscura.