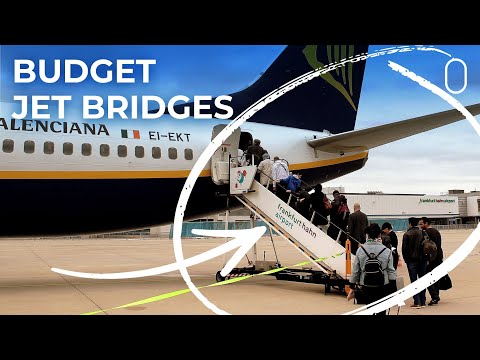 I was not familiar with the term “jet bridge” until I watched this video, although I have used them many times. It’s the hallway that swings out from an airport terminal to a plane so that passenger can board without climbing stairs. It’s an innovation that makes all the difference in the world for people who use wheelchairs. However, in the cutthroat world of budget airlines these days, it’s considered a luxury that can be cut to save some money. Airports charge the airlines per-passenger fees which can vary depending on whether a jet bridge is used. Planes are also charged parking fees (by the minute) which are higher near the terminal or at a jet bridge.

Personally, I don’t mind climbing stairs to get on a plane, but when the plane is parked a half mile from the terminal and there’s no bus or luggage transport, it can get a a bit annoying. Simple Flying explains what’s happened to the simple luxury of the jet bridge.   -via Boing Boing