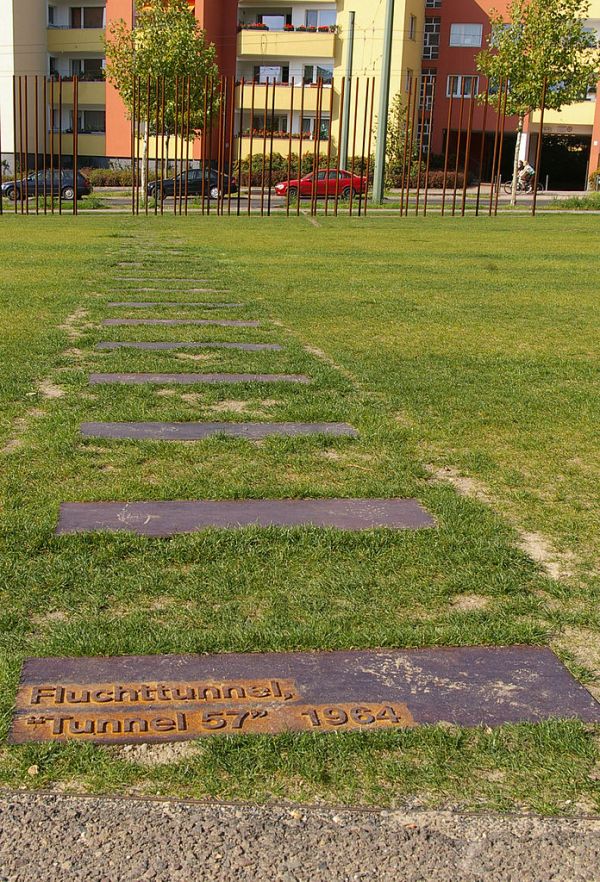 From 1961 to 1989, the Berlin Wall separated the city into sectors controlled by Communist East Germany and by West Germany. West Berlin was completely surround by East Germany, but was considered part of West Germany as agreed when the country was partitioned by Allied forces after World War II. For decades, people risked their lives to cross into West Berlin. Many were shot, but others were successful. Of several clandestine tunnels dug underneath the wall, Tunnel 57 was the deepest, at 30 feet below ground. It led from a backyard outhouse to an abandoned bakery in West Berlin. In October of 1964, a daring escape took 57 East Berliners through the tunnel, but not without bloodshed.

Andreas Springer was one of the 57 people who escaped by crawling several hundred feet on all fours through the narrow tunnel. For decades he rarely spoke of how he got out of East Germany. Now 78 years old, Springer tells us about that fateful night in an article at Atlas Obscura.