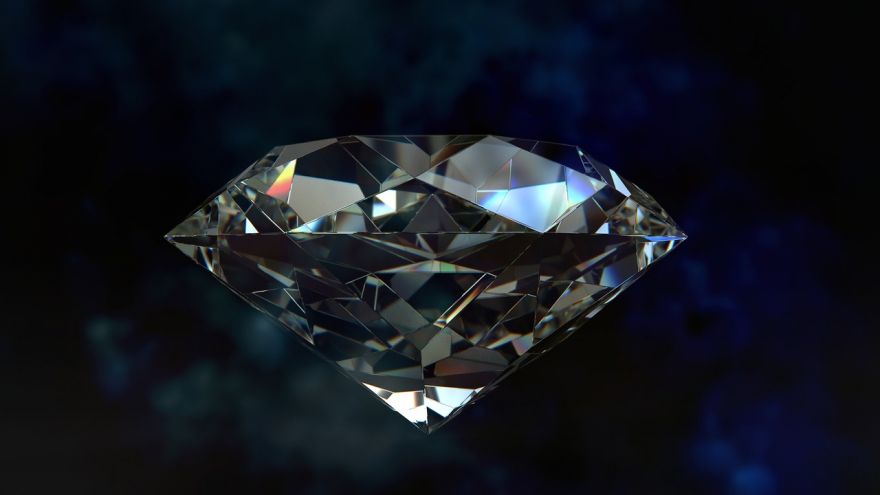 A new research conducted by Macquarie University geoscientists in Sydney, Australia suggested that diamonds are formed ancient seabeds that are now buried below the Earth’s crust. Their evidence for this are the traces of salt trapped within the gemstones.

In experiments recreating the extreme pressures and temperatures found 200 kilometres underground, Dr. Michael Förster, Professor Stephen Foley, Dr. Olivier Alard, and colleagues at Goethe Universität and Johannes Gutenberg Universität in Germany, have demonstrated that seawater in sediment from the bottom of the ocean reacts in the right way to produce the balance of salts found in diamond.

The study, published in Science Advances, settles a long-standing question about the formation of diamonds. “There was a theory that the salts trapped inside diamonds came from marine seawater, but couldn’t be tested,” says lead author Michael. “Our research showed that they came from marine sediment.”

Diamonds are crystals of carbon that form beneath the Earth’s crust in very old parts of the mantle. They are brought to the surface in volcanic eruptions of a special kind of magma called kimberlite.

While gem diamonds are usually made of pure carbon, so-called fibrous diamonds, which are cloudy and less appealing to jewellers, often include small traces of sodium, potassium and other minerals that reveal information about the environment where they formed.

These fibrous diamonds are commonly ground down and used in technical applications like drill bits.

This makes diamonds, more than being sentimentally or monetarily valuable, historically and scientifically valuable.

Rating The Diamond on Your Ring is Most Likely Made from Ancient Seabeds of the Earth is 5.0 / 5 Votes: 4
Please wait...
Loading...
Related articles