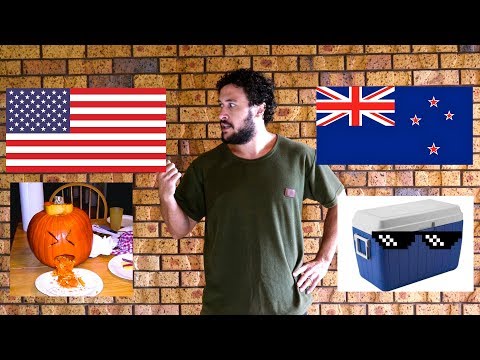 Jordan Watson gave us two lessons on the difference between Australia and New Zealand, because he is from New Zealand and people thought he was from Australia. He must have gotten some feedback from Americans -probably confused Americans. So now he brings us a lesson on the differences between the States and New Zealand, as if we needed that. But he is, as always, entertaining. I honestly saw “Howdy” coming a mile away, and then expected him to go from “chilly bin” to the “chili bun,” which is a Southern US thing.  -via Tastefully Offensive

Rating The Differences Between the U.S. and New Zealand is 5.0 / 5 Votes: 3
Please wait...
Loading...
Related articles