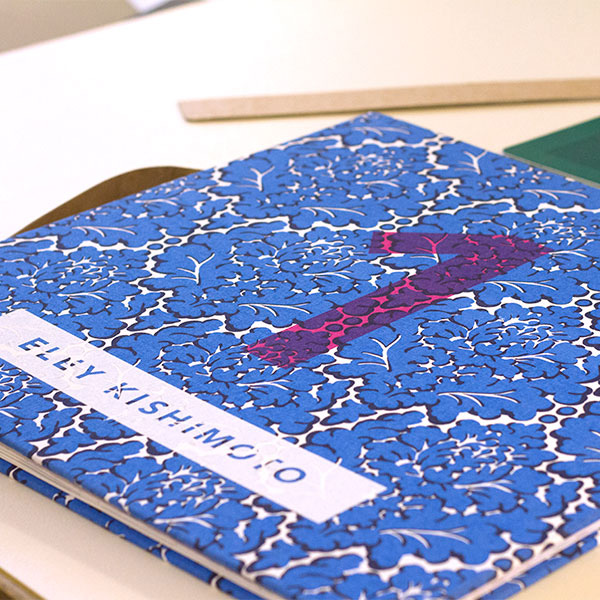 From a chance meeting during a New York internship to collaborations with everybody from Louis Vuitton, Marc Jacobs and Alexander McQueen to BMW motorbikes, Eastpak bags and Duvel beer, Mark Eley and Wakako Kishimoto have been ‘printing the world’ together since the 1990s as Eley Kishimoto. 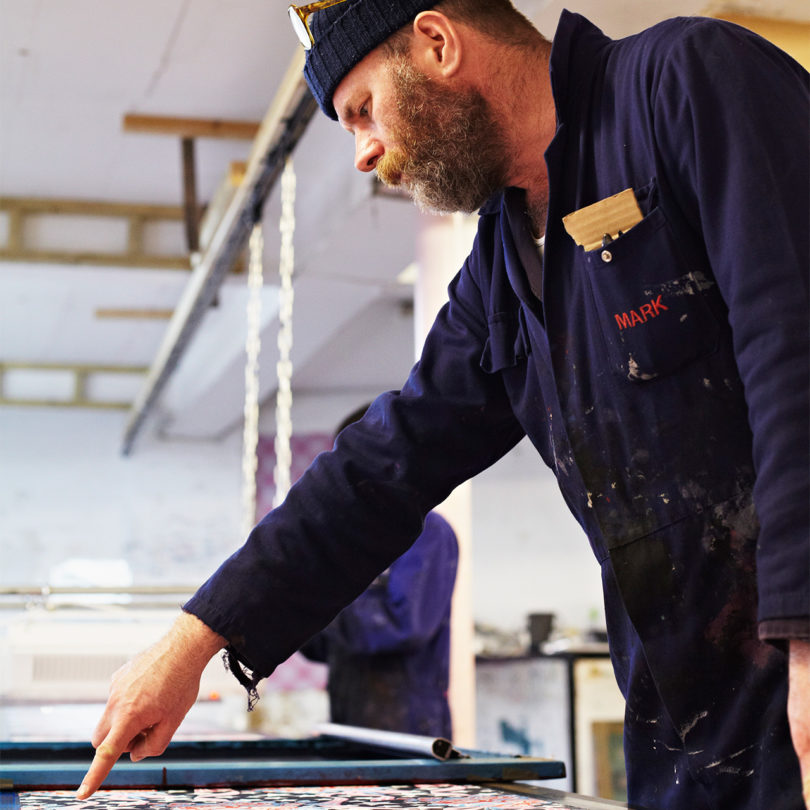 “I went to New York on my internship year and that was where I meet Wakako, who was there interning at the same time,” says Mark. “This of course had the biggest impact on my life direction and the work we have produced together ever since.” 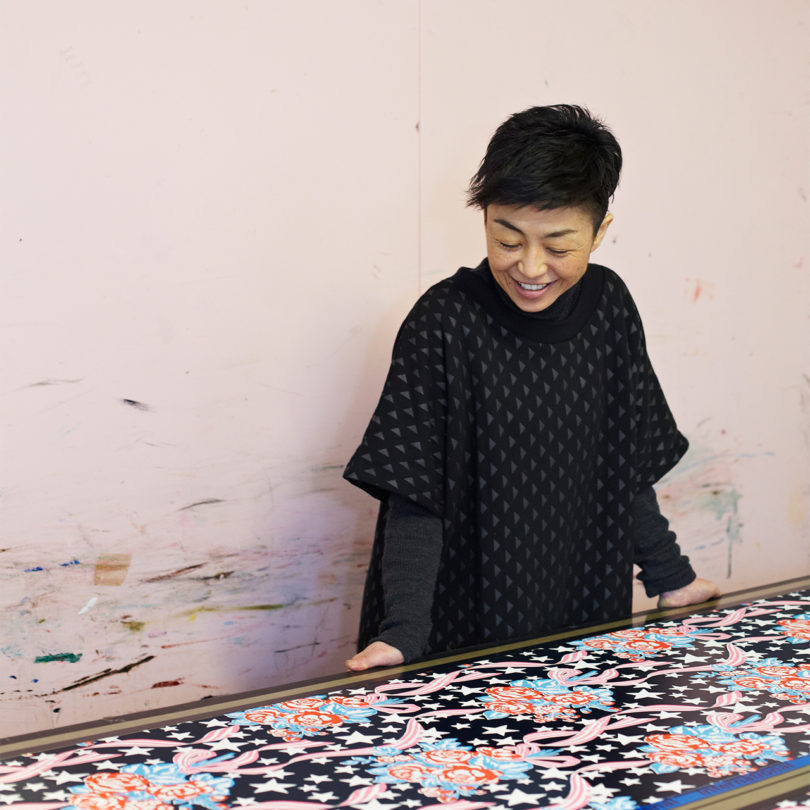 In 2014, British newspaper The Guardian described them thus: “Mark Eley is Welsh and emotional; Wakako Kishimoto is Japanese and shy,” and it’s their differences that Mark credits with their success. “We are different in many ways – culturally, socially – but it is these attributes that have kept us together creatively for over 25 years.” 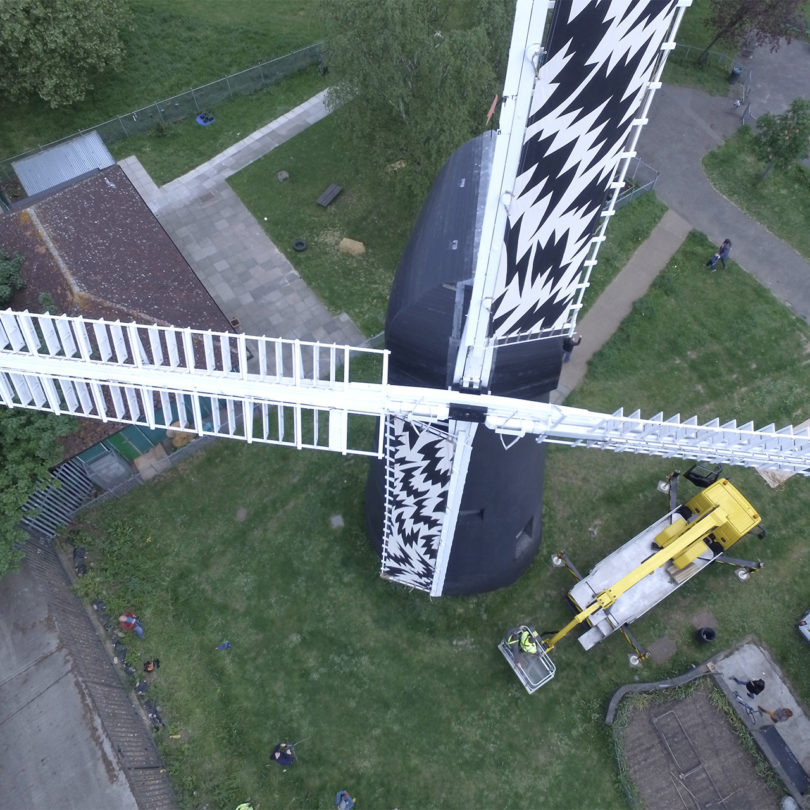 Mark grew up in South Wales and spent a lot of his childhood with his Grandfather. “He was a commercial artist, sign writer, printer, furniture maker and general all round handyman – with two sheds,” he says. “I saw his sign writing all over the town and I worked alongside him every weekend. He encouraged me to take up surfing and join the local beach life saving club. The support of all my family and friends empowered me to take on the world and thanks to them, I am still traveling on a creative pathway.”

Wakako’s father did not have a creative career, but inspired her bourgeoning creativity none-the-less. “I remember making a birdcage out of thin bamboo sticks with my father when I was very little,” she says. “I thought it was just one of those things that all grown-ups could do.” 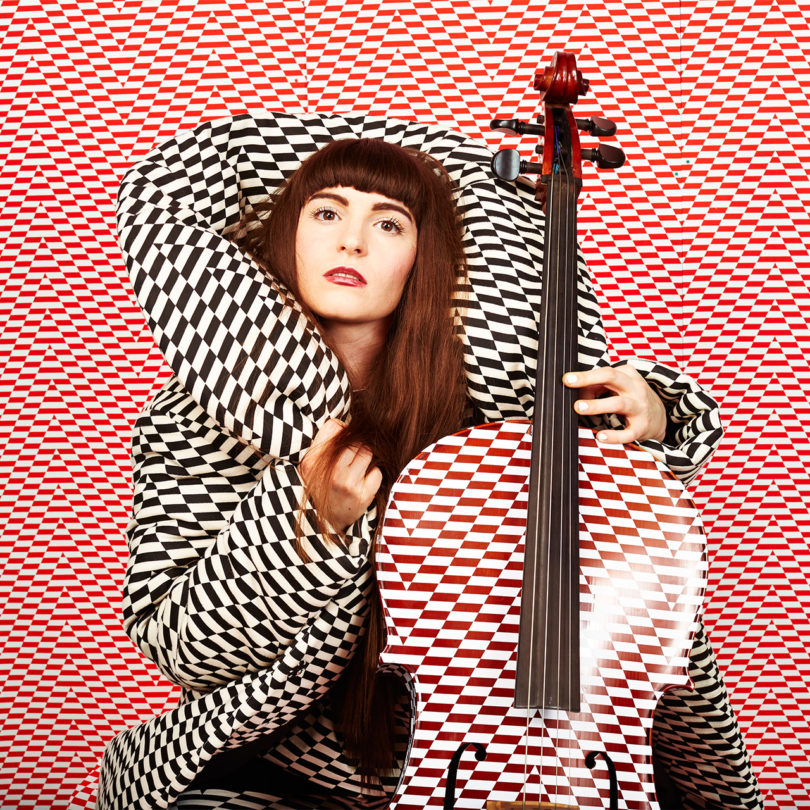 Mark studied a two-year general art and design foundation in Swansea College of Art, before interviewing for both Chelsea College of Art Textiles and Brighton Fashion and Textiles. “Brighton was by the sea so it was a no brainer,” he says.

Inspired by a part-time job for a highly regarded fashion print designers in Tokyo when she was still a teenager, Wakako came to London to study fashion with printed textiles at Central Saint Martins. “It was the late 1980s to early ’90s when the school was still in Soho, what can I say? It was fun,” she laughs. “I got through college with a sense of self-motivation, curiosity and fun and that has applied throughout my career.” 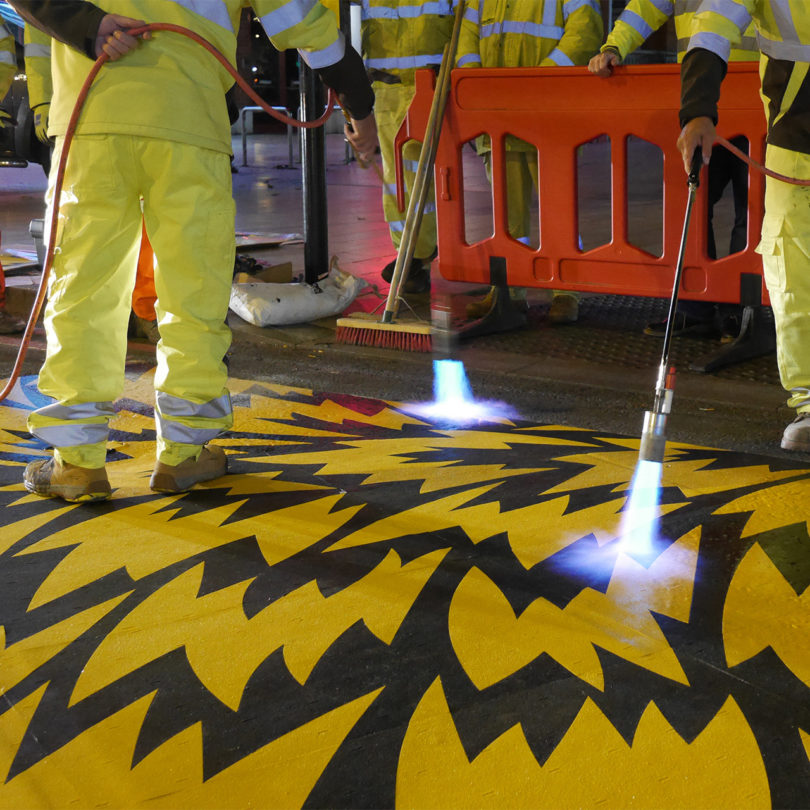 Both landed internships in New York that led to that fateful introduction through friends in a greasy spoon café in 1989. They married and set up Eley Kiskimoto soon after completing their studies and have worked together ever since. 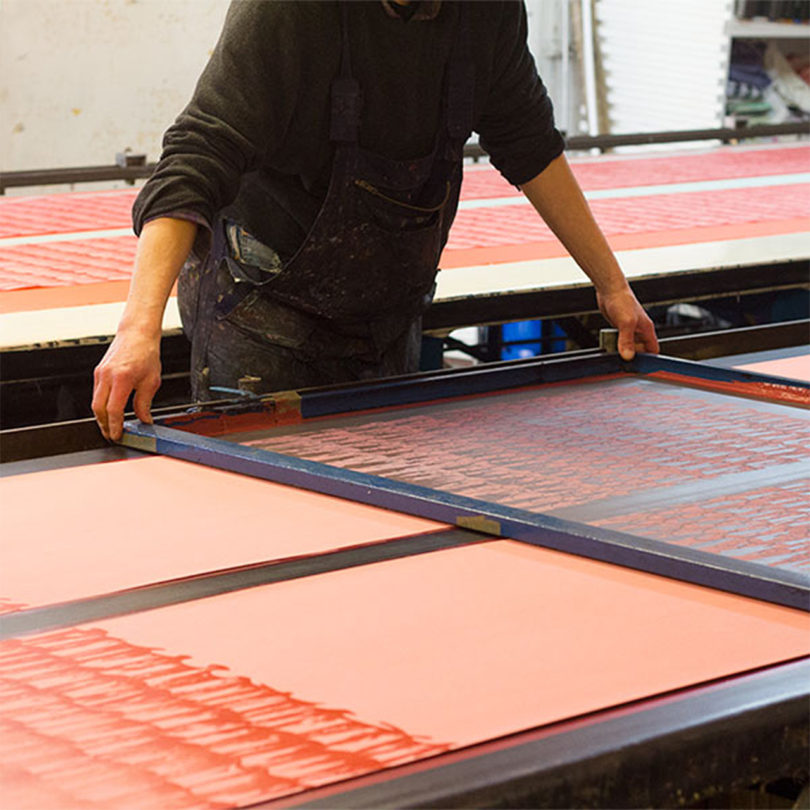 Their print designs quickly gained an international reputation, gracing the world’s catwalks, and it wasn’t long before they launched their own womenswear collection. Enjoying the freedom to decorate ‘anything and everything,’ their patterns soon appeared on wallpapers, furniture, fabrics, glassware and crockery – even road surfaces and windmill sails – eventually leading to commissions from the worlds of automotive, architectural and electronic design, as well as collaborations with artists and galleries, earning them the moniker ‘the patron saints of print.’ 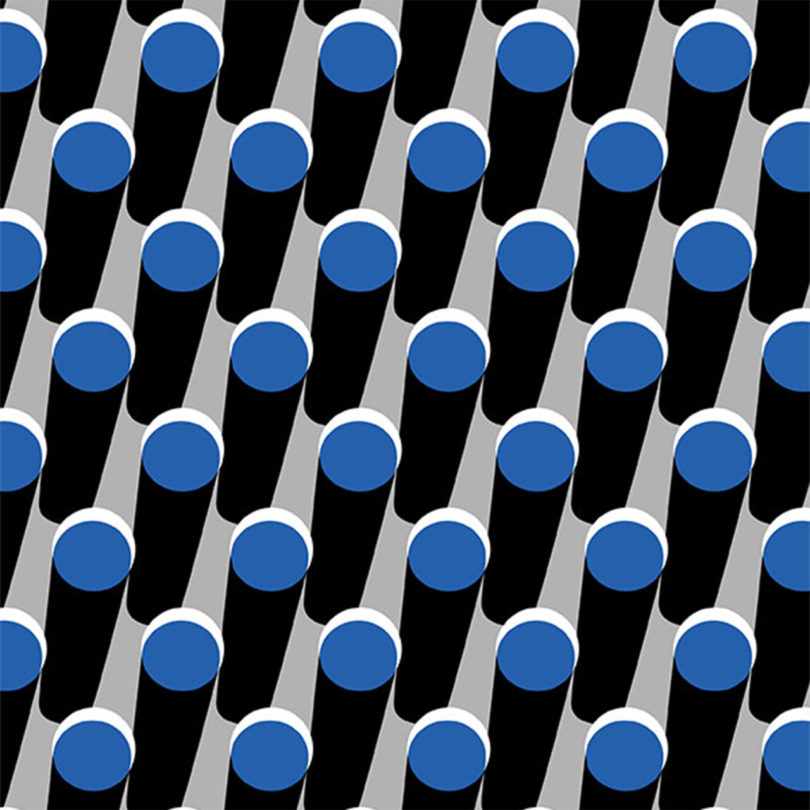 Their first launch in 1996 was a capsule collection of raincoats, umbrellas, gloves and scarfs appropriately named Rainwear. “We didn’t do a catwalk show or a big presentation,” says Wakako. “We were doing it because we felt like doing something for us at our own pace.’ They produced the lookbook themselves with friend Grant Watson taking the photographs and Wakako and their son Naoki, aged three at the time, as models and distributed to it key journalists. “Terry Burgess (Newman) spotted it and wrote a tiny article in iD and that was it – we launched,” says Mark. “MACH 55 found us and 20 years later they are still our exclusive partner in Japan.” 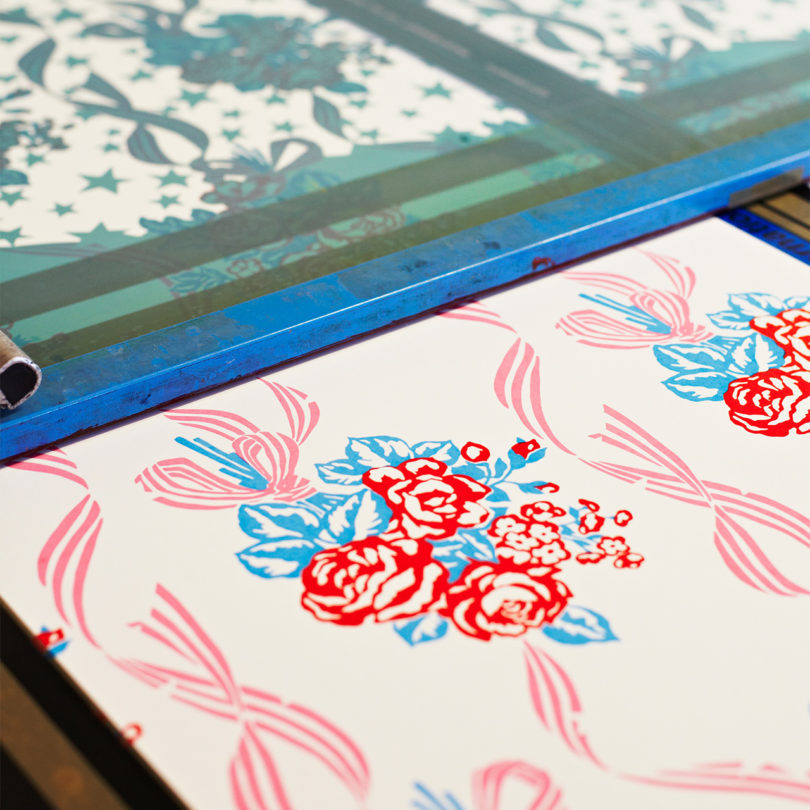 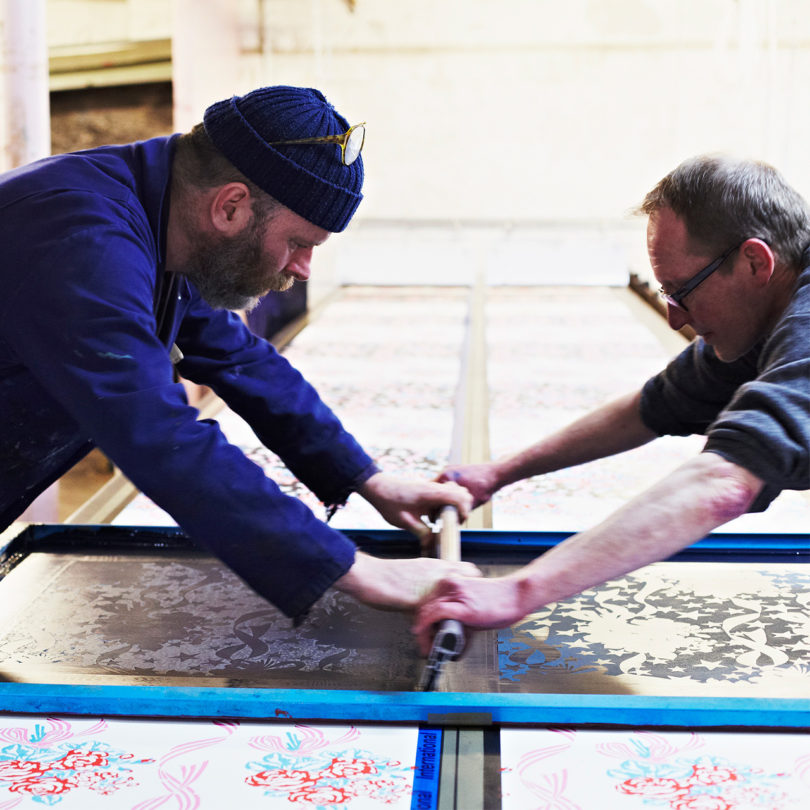 Today, they’ve moved away from fashion cycles and launch new work when they’re ready. “We produce a small range of products from time to time but we don’t do ‘fashion collections’ anymore,” she says. “Our spirit towards being creative is still the same as when we started, but frankly we got bored with repetitive time cycles and repetitive formats.” 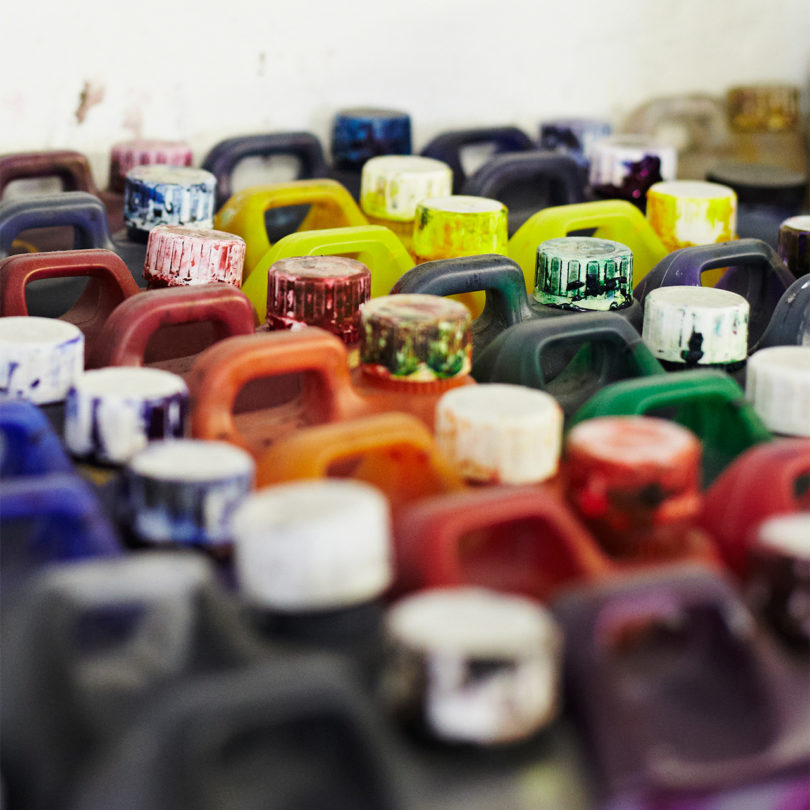 It has been almost 30 years since that first collection, so what’s changed? “Everything changes every day, week, month year, but what never changes is our desire to keep allowing creative decisions guide our life,” says Mark. Today their goals are simple: Mark says he’d like to “live life happy and believe in what we are doing together – survive with integrity and do a lot of playing en route,” while Wakako wants to learn to play the piano.