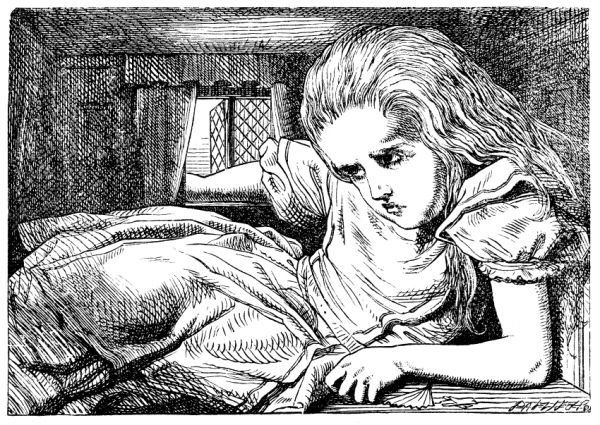 In the first half of the 20th century, medical doctors and neurologists wrote up case histories of people who experienced mysterious hallucinations in which they felt their bodies were very small or very large, or as if a part of them was out of proportion. One patient felt she was low to the ground and her body became very wide. Another felt as if one ear had protruded out away from her head. One man felt his limbs were becoming unattached to his body. Several saw everything in their view becoming much bigger, implying they were shrinking. It might be a stretch to call these hallucinations; patients who looked in the mirror could see their bodies were normal, but they still has those feelings.

These reports most often came from people who suffered hemicrania, or “one-sided headache,” which we now call migraines. They were also reported in patients who suffered from epilepsy or brain tumors.

American neurologist Caro Lippman couldn’t help but think of how similar these symptoms were to the changes that Alice went through in Lewis Carroll’s 1866 book Alice’s Adventures in Wonderland. In 1955, the English psychiatrist John Todd dubbed the experience Alice in Wonderland syndrome. Lewis Carroll himself suffered from migraine headaches, so he might have been inspired by first-hand experience. Rather than hallucinations, these are distortions of body perception that might have an organic cause. However, there is some speculation that some conditions may be caused by Alice in Wonderland syndrome, such as anorexia nervosa. Read about this strange condition at MIT. -via Damn Interesting