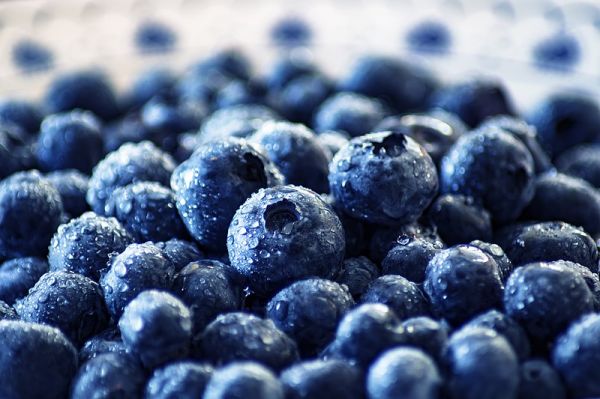 They say there are no stupid questions, only questions that are weird enough to provide entertainment. On the forum Physics Stack Exchange, Billy-bodega posed the question, “Supposing that the entire Earth was instantaneously replaced with an equal volume of closely packed, but uncompressed blueberries, what would happen from the perspective of a person on the surface?” That brings up an entertaining picture, but Anders Sandburg of Oxford University kept thinking out it, and ended up writing a paper on the subject, released just a few days ago. There’s a lot of factors to consider when building an imaginary planet.

This process of imagining blueberry earth begins with fat, thick-skinned highbush blueberries (the kind you find in grocery stores, not in the blueberry barrens of Maine). Given the estimated density of blueberries, the mass of an Earth made of berries would be a fraction of its current mass, with weaker gravity. Blueberries, Sandberg points out, are not particularly strong, able to resist the weight of a sugar cube but not a milk carton. Within a few yards of the surface of whole blueberries, the force of gravity would pulp the blueberries into mash, releasing the air that had separated each berry from its neighbors and shrinking the planet to a smaller radius. If no other forces were involved, the blueberry planet would collapse under its own weight in an estimated 42 minutes.

But there are other factors at play. The air released by the pulping of berries would create a thick, dense atmosphere, which Sandberg compares to Titan’s. Little light would filter through to the surface, so the dramatic events that followed would happen in almost total darkness.

The pressure of the weight of the fruit would soon cause other reactions. You can read Sandburg’s science paper for all the details or a summary of the project at Atlas Obscura.

Rating The Disturbing Fate of a Planet Made of Blueberries is 5.0 / 5 Votes: 4
Please wait...
Loading...
Related articles