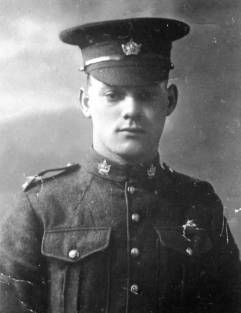 The Armistice of Compiègne went into effect on November 11, 1918 at 11AM Paris time, to end hostilities in World War I. It effectively ended the war, giving a win to the Allies without Germany having to surrender. Hurried negotiations led to the Armistice order being signed only 6 hours earlier. We mark that point on the eleventh hour of the eleventh day of the eleventh month as the end of the Great War, 100 years ago today. But 11,000 men died on November 11th as the moments ticked down. Some died afterward, too, either by soldiers who hadn’t received the news of the Armistice, from rare units that refused to quit fighting, or from wounds they received earlier.

Canadian soldier George Lawrence Price, from Moose Jaw, Saskatchewan, was serving with the 28th Infantry Battalion on November 11. The 26-year-old was part of a five-man patrol that was checking buildings beside the canal at Ville-sur-Haine, in Mons, for signs of the enemy.

Unfortunately, they found them – a group of German soldiers in the process of setting up machine guns on a wall overlooking the canal. There was an exchange of fire; both sides took cover and the Germans retreated.

The Canadians began to follow, but just as George stepped out onto the street he was shot in the chest by a German sniper. Dragged into a nearby house, he was treated by a local nurse, but there was little she could do.

George Price died soon after, at 10.58am… just two minutes before the armistice.

Read the stories of the last men to die in World War I at historywithatwist. -via Strange Company