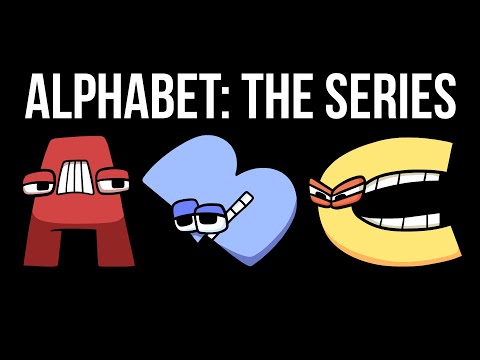 All the letters of the alphabet participate in a story of good and evil, of justice and revenge, of friendship and heroism. The letters are getting along fine, except for F, who terrorizes everyone. G has to take charge, and calls up the superheroes L, M, N, O, and P. An epic battle ensues, in which letters get thrown about left and right, and we learn their various personalities along the way. That just makes their ultimate fates more heart-wrenching. Q is quite the standout, because he knows everything, but fails to warn the others in time because he’s naturally slow. The action movie has a bittersweet coda in which we learn why F is such a murderous psycho. You can tell it’s a flashback because the same letters are lowercase, indicating they are children.

How did this happen? Mike Salcedo had an idea for a personal project. He would animate one letter of the alphabet every day. That project turned into something very different.

They were supposed to all just hop in and say their names, but I was already bored of that by C. I had the “FRIENDS” idea the night before I made D, and the rest snowballed from there. I outlined a long list of ideas that kept changing as the series progressed.

You can see the individual letter animations in this playlist. The action movie it culminates in has so many details you may have to watch it more than once. N transforms to Ñ when he needs to. X can multiply! G uses Morse code to call to the other letters. There are punctuation marks that look suspiciously like Infinity Stones, and they each have the power of their real-world function. The group can call up props by spelling out words, but they can only use the letters that have already been introduced. Altogether, it’s a masterpiece. -via Metafilter