When Ivan the Terrible died in 1584, he left behind two sons, neither of whom was suitable to carry forward their father’s heirloom. One was Fyodor Ivanovich, who, growing up under the shadow of a terrible father and denied of motherly love, turned out to be shy and timid and sickly of health. He was the complete opposite of his father: a pious young man, fond of visiting churches and spending hours in prayer and contemplation. Ivan’s other son, Dmitri Ivanovich, was a three-year-old infant. Ivan did have a capable heir, his eldest son Ivan Ivanovich. But three years previously, Ivan the Terrible—in an act befitting his name—delivered a fatal blow upon the head of his son in a fit of rage and killed him. With no competent heir to the throne, Ivan the Terrible was forced to appoint Boris Godunov as the regent to Fyodor and rule on his behalf, while the three-year-old Dimitri along with his mother were sent to exile to Uglich, some 120 miles north of Moscow. 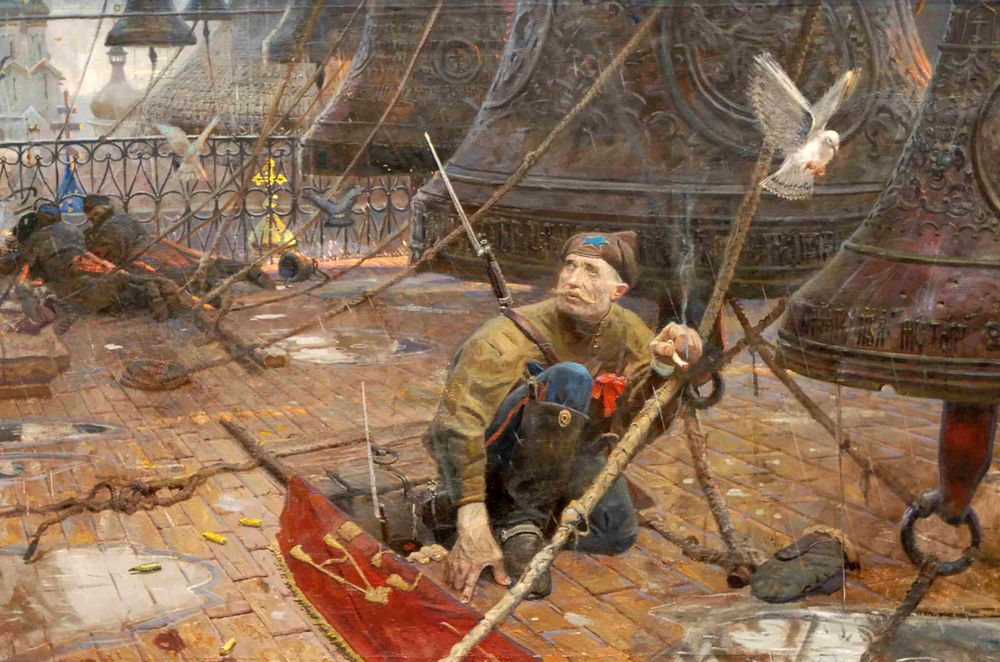