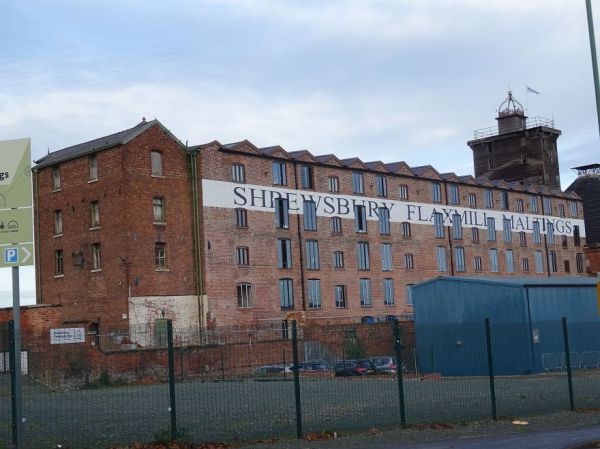 There are numerous historical buildings that claim the title of the world’s first skyscraper, but that all depends on how you define a skyscraper. There is a good argument that a five-story factory in Shrewsbury, England, should have the title, not because of its height, but because of the engineering inside.

Textile magnates and brothers Thomas and Benjamin Benyon took on John Marshall as a partner in 1793 because Marshall was working to automate labor with steam engines. But there was a problem with textile factories in general- they were very flammable. The group hired architect Charles Bage and challenged him to give them a more fireproof factory. The result was the building now known as the Shrewsbury Flaxmill Maltings, erected in 1797 and still standing today. It was the first building designed with a cast iron frame instead of wood. That innovation eventually led to the steel frame designs that enabled buildings to soar to new heights. Read about the Shrewsbury Flaxmill Maltings and what made it unique at Amusing Planet.