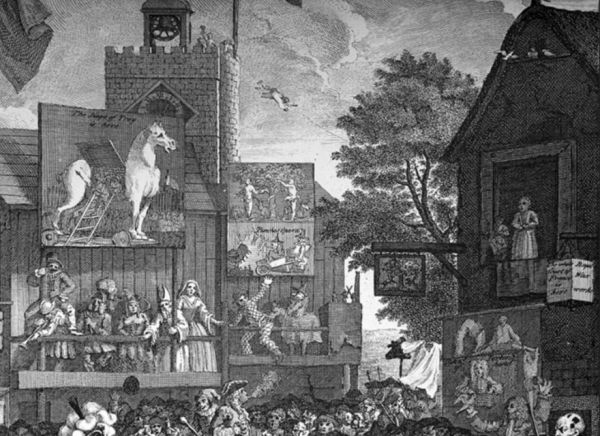 In the early 18th century, it was difficult to impress people into handing over money for entertainment. Still, there were people willing to risk life and limb in the name of show business. The “Flying Man” act became popular in England for a short period. A man would climb to the top of a building, tower, or church steeple, where a rope was secured to the ground somewhere. After warming up the crowd with acrobatics, he would climb onto the rope and “fly” down it. The man wore a breastplate with a groove that was supposed to keep him on the rope. As he flew down, he would continue to entertain, firing pistols, blowing a trumpet, or using some other device to draw attention. You can see how the Flying Man act fit into the range of aerialist skills like performing on a tightrope or the flying trapeze -for a while.

A 1733 newspaper account tells of one such act that included a donkey that went down a rope and killed a girl and injured other people! The Flying Man in this incident was not named, but a look at the lives of several who became famous doing it tells us why the stunt died out. It was because so many of the performers were killed trying it. Read about the Flying Men and their gruesome deaths at Singular Discoveries. -via Strange Company