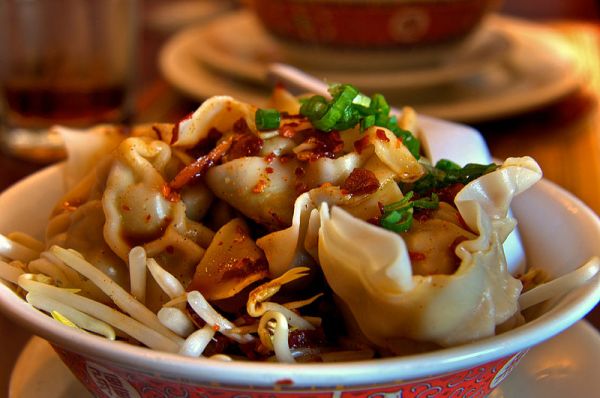 It’s a modern tradition for Jewish people to eat at a Chinese restaurant on Christmas (and then go to the movies). You might have assumed that it’s because Chinese restaurants are open on Christmas Day, and are less crowded when Christians are having a traditional meal at home. That’s definitely part of it, but the custom has a specific history that goes back to 19th-century immigration patterns in New York City, when Jewish enclaves and Chinese enclaves were next to each other.

By and large, Chinese restaurateurs didn’t discriminate against Jewish customers. Joshua Eli Plaut writes in his book A Kosher Christmas: ‘Tis the Season to be Jewish that the Chinese, as non-Christians, didn’t perceive any difference between Anglo-Saxon New Yorkers and Jewish immigrants; they accepted all non-Chinese customers with open arms.

Jewish customers embraced Chinese food in return. The restaurants were conveniently located and inexpensive, yet were also urbane in their eyes. Jews saw dining out as an American custom that they wanted to try, largely because they sought upward mobility among other Americans. According to Yong Chen, a history professor and author of Chop Suey, USA: The Story of Chinese Food in America, “[Diners] were attracted to Chinese food because, in their mind, it represented American cosmopolitanism and middle class status.” And they weren’t deterred by the fact that food in Chinese restaurants wasn’t kosher. But they could easily pretend it was.

There’s more to it, like the specific Chinese foods that appealed to Jewish immigrants. Read the story of why Jewish people eat Chinese food on Christmas Day at Mental Floss. Now, about the movies… it’s because the theaters are open and less crowded.