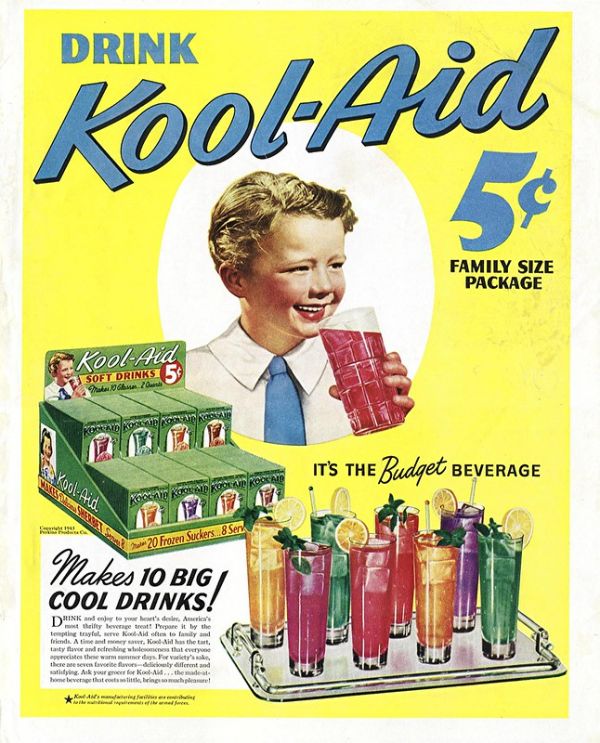 Kool-Aid was invented by Edwin Perkins in 1927. That’s the short version, but the story of how and why he did it and what happened to his product over the years is much more involved. Perkins was the son of a grocer, and he grew up selling, promoting, improving, and even inventing new products. If he saw a problem, he was impelled to fix it.

Before it was developed by Perkins in 1927, Kool-Aid was preceded by a fruit-based liquid called Fruit Smack. It was a liquid concentrate available in a few different flavors. Corked and sold in four ounce glass bottles, the product tended to leak or break during transit. Despite Perkins’ intentions of enabling families to use the concentrate to make pitchers of the beverage for a very low cost, he was confronted with a bit of a supply chain problem. Fruit Smack was a hit with the Perkins’ customers, but its fragility created the need for something more economical, easier to transport and preferably in powdered form.

See, if there had been plastic packaging 100 years ago, we might have never enjoyed a glass of Kool-Aid. Kool-Aid started out with six flavors, and grew to 74 flavors -although they were never all available at the same time. Read everything you need to know about Kool-Aid at Tedium.