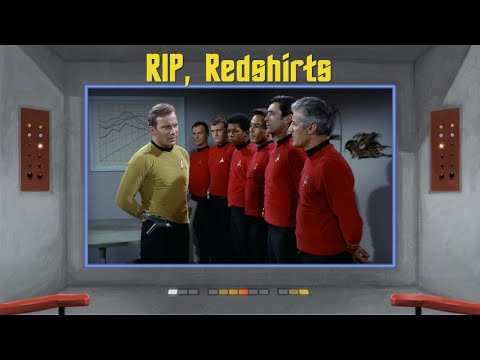 The original Star Trek had a rather small budget, and therefore a small cast of characters. There were the officers of the bridge: Kirk, Spock, Uhura, Sulu, and Chekhov, plus engineer Scott and nurse Chapel. Then there was a never-ending supply of red shirts, security officers who rarely had lines and only appeared in one episode because they were always killed off. It was a simple way to show that the crew was in danger without harming the core cast. It eventually became a trope farmed for humor even today, more than 50 years later. In California, there are old men all over who can put Star Trek on their resume for that one appearance and death scene. They should form a club.

John DiMarco has given us severalStar Trek supercuts already; his latest looks at the fate of the original series’ red shirts and their swift and not-so-gruesome deaths early in their sole episode. -via Laughing Squid