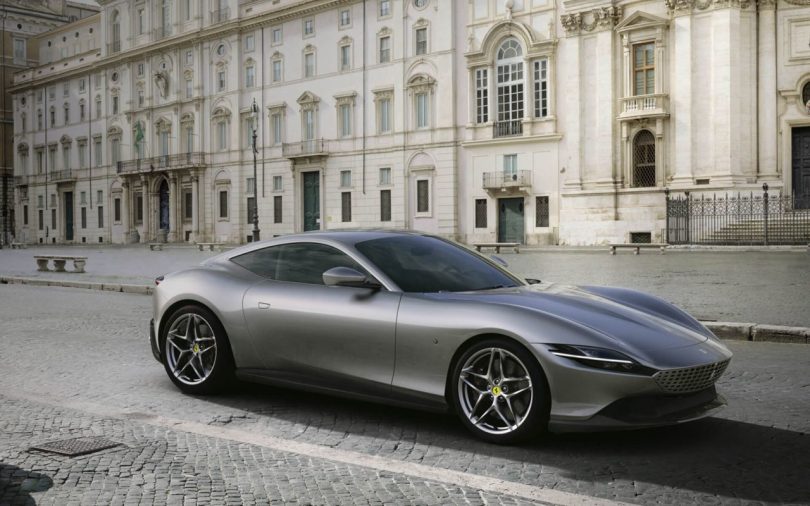 James Mangold’s ode to automotive history, Ford v Ferrari (see it in 4DX if you can for an extra dose of immersion) offers an undeniably visceral experience, one especially recommended for those harboring a love of the history of the need for speed. Unsurprisingly, the film drifts viewer sympathies toward the cowboy efforts of the film’s two American protagonists looking to unseat their Italian supercar adversaries from the precipice of the Le Mans championship. But a funny thing happened during the film: while cheering on for the Ford team, it was the sensually sculpted Ferrari 330 P3 that evoked the strongest emotional response. An amount of that same undeniable automotive artistry can be seen in Ferrari’s latest unveil, the Ferrari Roma Grand Touring Coupe. 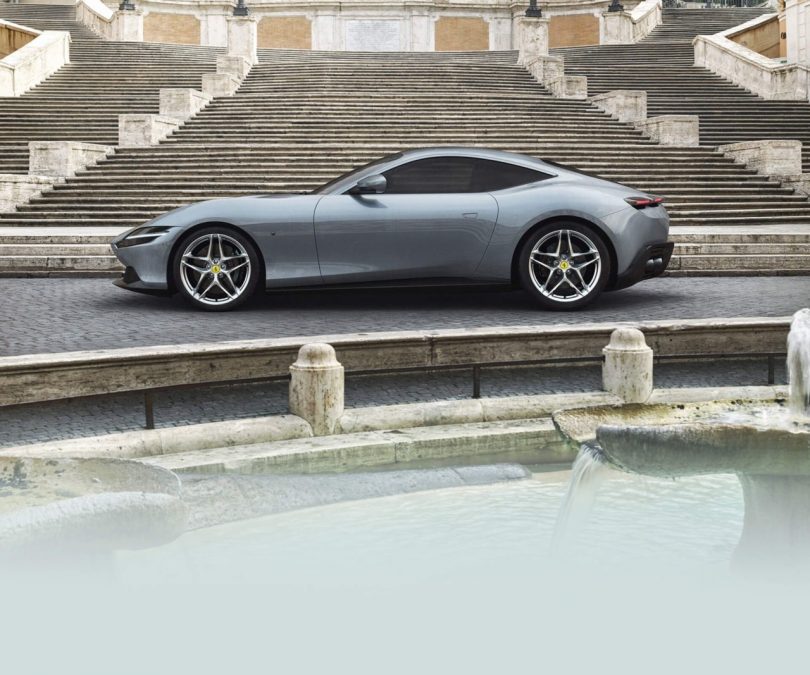 While some have evoked the DNA of the Ferrari 812 Superfast in this new addition to the Ferrari lineage, Roma’s elegant profile also references the sedate sophistication of speed of the California T to a notable degree, each a “contemporary representation of the carefree, pleasurable way of life that characterized Rome in the Fifties and Sixties” epitomized by the 250 GT Berlinetta Lusso. 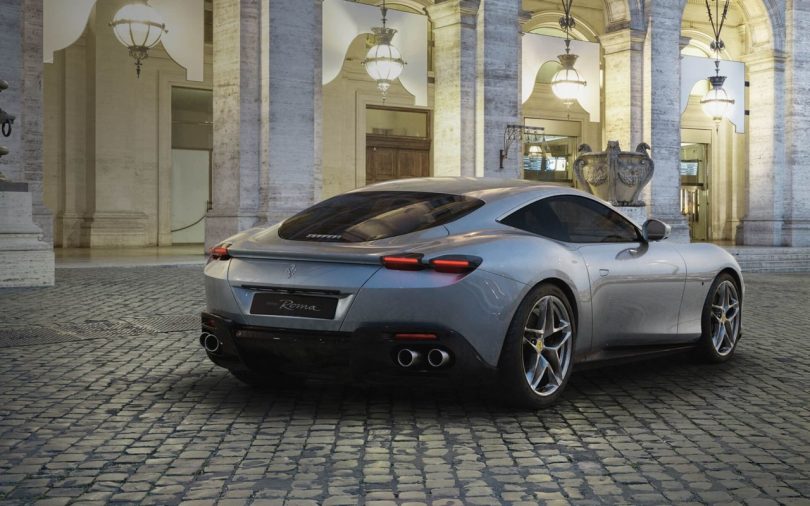 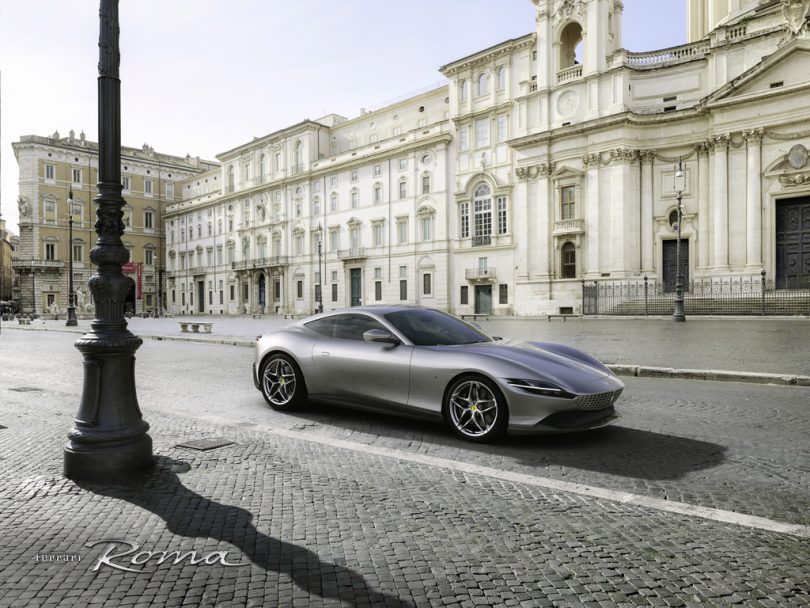 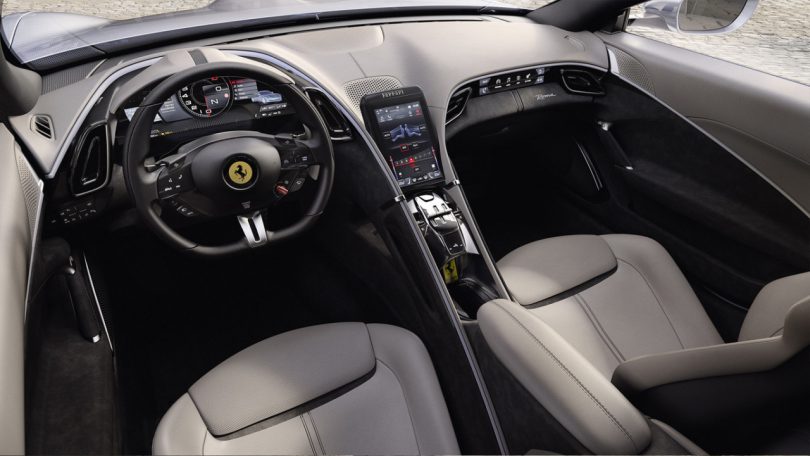 The Italian automaker’s racing genealogy is there for all to see, and at even a quick glance the Roma is undeniably a Ferrari. Yet, this design drives in the lane of luxurious civility rather than sheer beastly performance, attributed to a subtraction of extraneous detailing, a long linearity sweeping toward a curvaceous conclusion. It’s results in a design that looks every bit good coming as going. 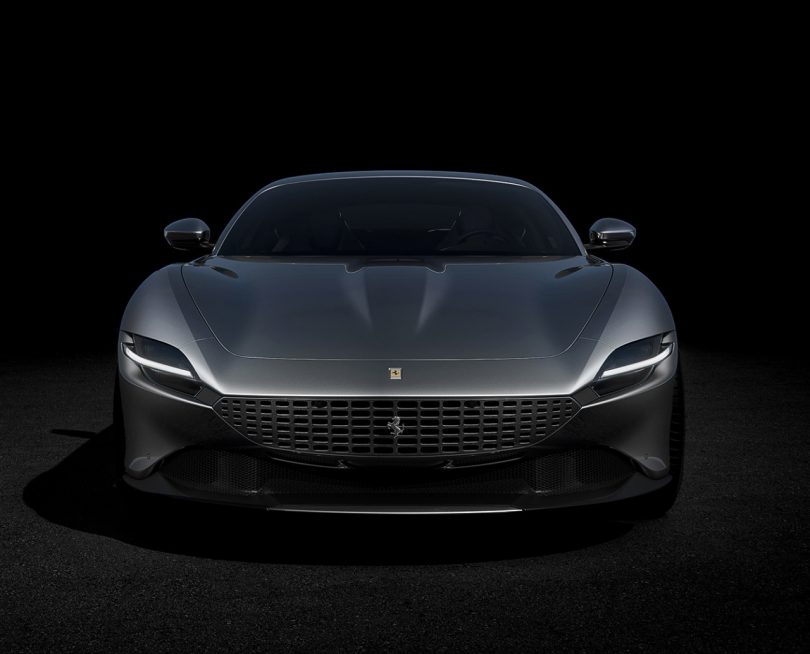 Both bodyshell and chassis have been redesigned to incorporate the latest weight reduction and advanced production technologies. In fact, 70% of its components are entirely new. The mid-front-engined 2+ Ferrari Roma has the best weight/power ratio in its segment (2.37 kg/cv) which enhances handling dynamics and responsiveness.

Don’t worry, the Roma isn’t all just good looks and still very capable of calling up the hallowed spirit of its heritage, launching zero to sixty in just 3.3 seconds. Powered by a V-8 engine producing 620 horsepower, performance is always there to beckon in characteristically with Ferrari vigor when needed. Still, occupants will feel sufficiently cradled within the $220,000 two-plus GT coupé’s luxurious cockpit themed interior, each seat offering its own LCD screens housed within an arched embrace, a very enviable point of perspective as Maranello maker moves toward the next decade.