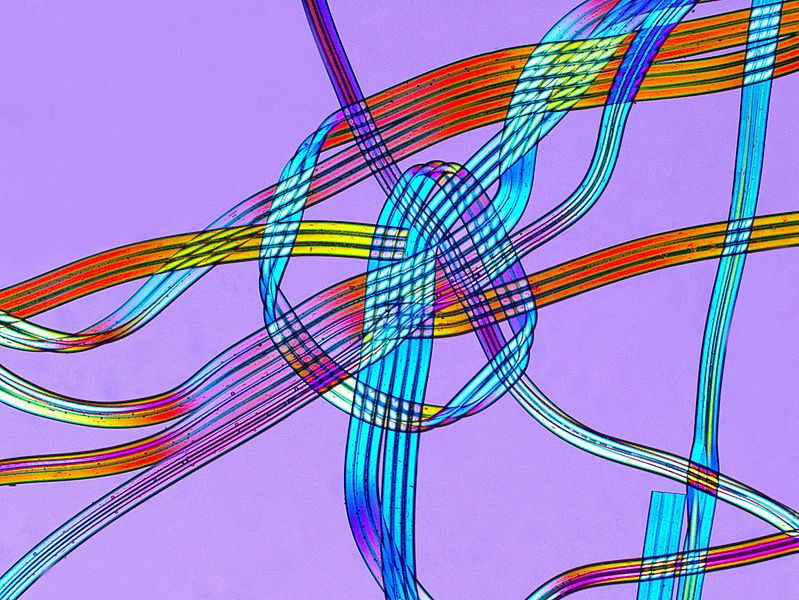 Spandex, Nomex, and of course, Kevlar. These are the contributions that Stephanie Kwolek, a chemist at DuPont, has made to society. Though she didn’t initally want to become a chemist, she took a degree in chemistry intending to pursue medicine. When she was looking for a job, she stumbled upon DuPont and planned to work there temporarily.

However, she found the job more interesting than she imagined and stayed there for over 40 years. As a child, she had dreamed of becoming a fashion designer, inspired by her mother who worked as a seamstress. But she was also influenced by her father, who was passionate about science and nature. Her career in life married her passion for both.

Ten years into her permanent career as a chemist, Kwolek was cooking up synthetic fibers in search of a replacement for the steel used in tires (DuPont wanted something lighter to improve gas mileage in anticipation of a fuel shortage). Her work involved dissolving fragments of fibers called “polyamides” into a liquid and then spinning the liquid to form that fiber. Usually the liquids her group made were thick and clear, like corn syrup. What Kwolek came up with was thin, opaque, and milky.

This solution was so alien that the scientist running the spinneret (the device that spins the liquid polyamides into fibers, like a spinning wheel making thread) was afraid Kwolek’s stuff would break their machine. What she had made was stiff, five times stronger than steel, and resistant to fire.

But, she said, “It wasn’t exactly a ’eureka moment.” At first, she was afraid the tests were wrong, and hesitated to show her results to others. “I didn’t want to be embarrassed. When I did tell management, they didn’t fool around. They immediately assigned a whole group to work on different aspects [of the material],” she said.

She worked for thirty more years after that and retired but continued as a consultant for the company. She has received numerous awards for her contributions to science and society through the materials she helped invent and lived until the age of 90.