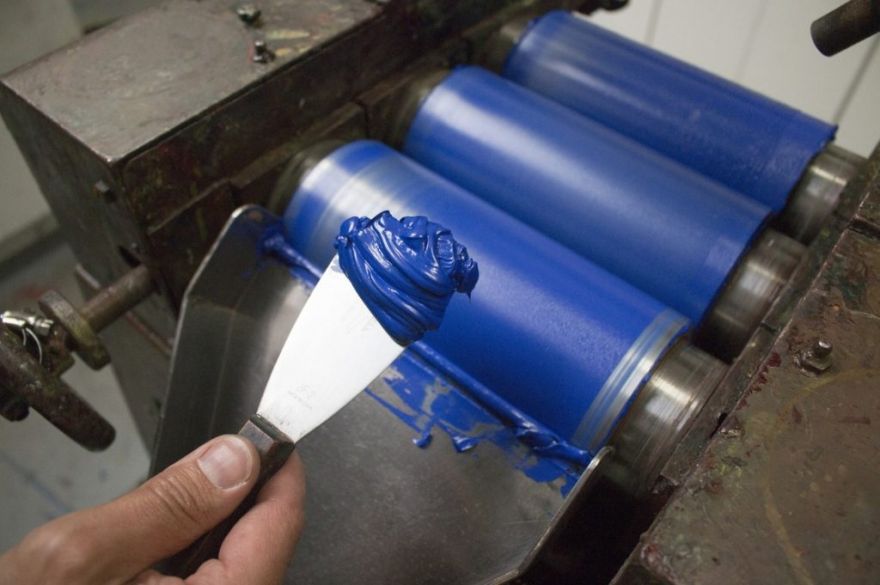 It’s very expensive, though. The YInMn Blue was discovered in 2009 at an Oregon State University lab. The discovery of the pigment was serendipitous, with chemist Mas Subramanian and his team coming upon the color after conducting experiments with rare elements. YInMn Blue’s name comes from the elements Yttrium, Indium, and Manganese, as Artnet details:

YInMn Blue’s appeal stems in part from its high opacity, which means you don’t need to apply much of it to get a good coating. (Ultramarine, by comparison is quite transparent.) It also has unusual hyper-spectral properties, reflecting most infrared radiation, which keeps the pigment cool.

That makes it especially well-suited for energy-saving applications on building exteriors—which was part of what attracted Shepherd Color, which sells pigments for industrial use.

The pigment also has a great deal to offer anyone more focused on the visual appeal.

“It is very vivid compared to Cobalt blue or Prussian blue, and it comes with some additional advantages in terms of the durability and stability of the pigment,” Subramanian told Artnet News.

Described as something of a cross between Ultramarine blue and Cobalt blue, YInMn Blue fills “a gap in the range of colors,” Georg Kremer, Kremer’s founder and president, said. “Our customers loved it from the very first moment they had seen it.”