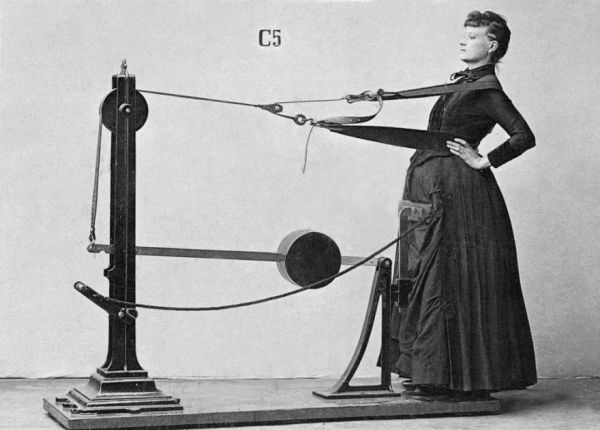 We’ve laughed at retro posts examining the “exercise machines” of the early and mid-20th century, that required no effort at all and were essentially massages that promised to work your body for you. It’s no surprise that people are drawn to the promise of effortless fitness But the first exercise machines weren’t that at all.

Swedish physician Dr. Gustav Zander put his theories of muscle strength into practice in 1864 with his own exercise machines. They were designed to work individual muscles with weights and pulleys that could be adjusted for each patient, beginning with light resistance and were changed as the user grew stronger. That’s pretty much the idea behind the machines at gyms today. The image above may look like an overly engineered effortless machine, but the woman is there to strengthen her back and core muscles by pulling against the weight. Zander did build some machines that were essentially massage devices, but they were specifically for paralyzed patients to fight muscle atrophy. 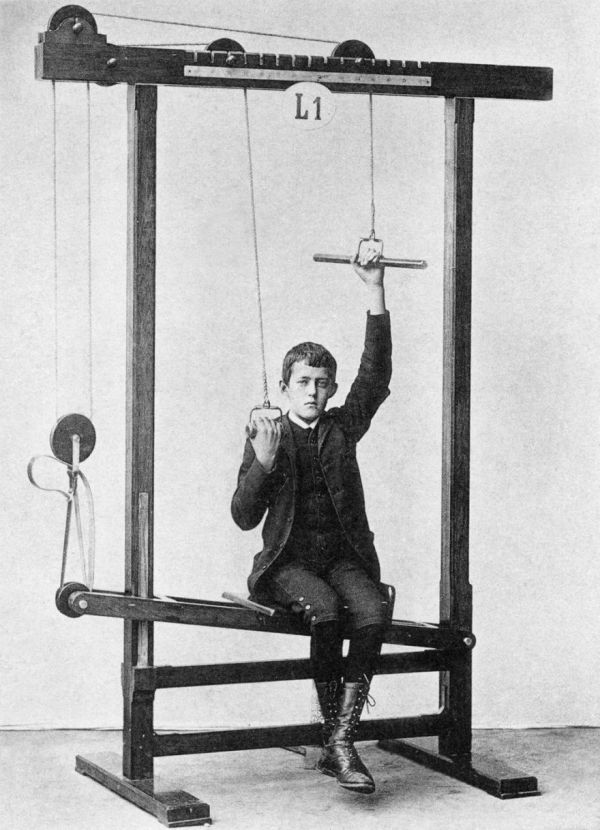 Zander opened a gym with his machines in 1865 in Stockholm, and his machinery became a sensation. Sadly, his machines were superseded by gym equipment that required less effort after his death in the 1920s, but they became a sensation again during the fitness craze of the late 20th century. Still, Zander’s machines look quite odd to the modern eye because they were not photographed with the debilitated physical therapy patients they were designed for, but rather models in Victorian dress. See a gallery of Zander’s exercise machines at Amusing Planet.