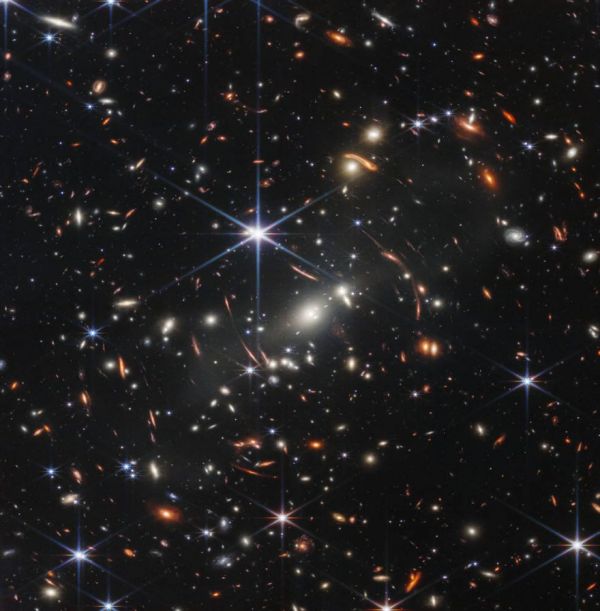 The new space telescope is expected to outshine Hubble by orders of magnitude. The James Webb Space Telescope has been sending back images for some time now, and NASA is ready to start releasing them to the public. The above image is the first to be released, and it shows the galaxy cluster SMACS 0723. It was revealed today at a White House event.

This first image from NASA’s James Webb Space Telescope is the deepest and sharpest infrared image of the distant universe to date. Known as Webb’s First Deep Field, this image of galaxy cluster SMACS 0723 is overflowing with detail. Thousands of galaxies – including the faintest objects ever observed in the infrared – have appeared in Webb’s view for the first time. This slice of the vast universe covers a patch of sky approximately the size of a grain of sand held at arm’s length by someone on the ground.

You can see it larger here. NASA, ESA, and CSA will release more images from the first collection on Tuesday during a televised broadcast at 10:30 AM EDT. They will then be available to the public. -via Fark

Prosthetic Legs for a Snake

Eight Brides in One Family have Worn the Same Wedding Dress