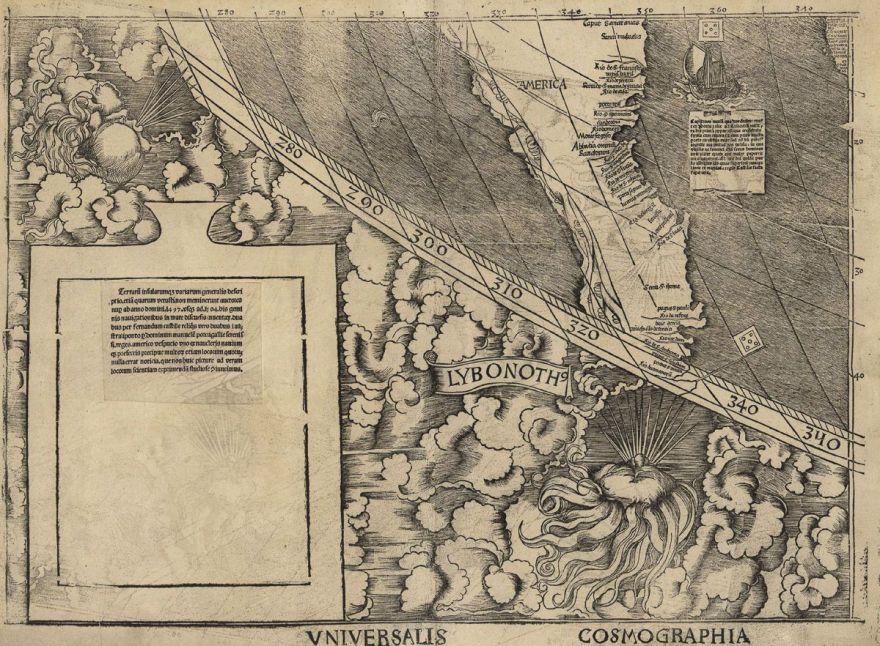 In April 1507, German cartographer Martin Waldseemüller became the first person to use the word ‘America’ in a document, namely his ‘Universalis cosmographia secundum Ptholomaei traditionem et Americi Vespucii aliorumque lustrationes’ (The Universal Cosmography according to the Tradition of Ptolemy and the Discoveries of Amerigo Vespucci and others).

North America is called ‘Parias’ – ‘America’ is used to label the South American coast all the way down to the present-day port of Cananéia, Brazil.

And it wasn’t just the Americas either; Waldseemuller made maps of the entire known world, which was a pretty impressive accomplishment for someone in the early 16th century. You may chuckle today at the shapes of geography such as Italy, but these were better than nothing to travelers of the day. And could they really be any worse than Apple Maps?